Energy startup out to prove solar’s not a dirty word 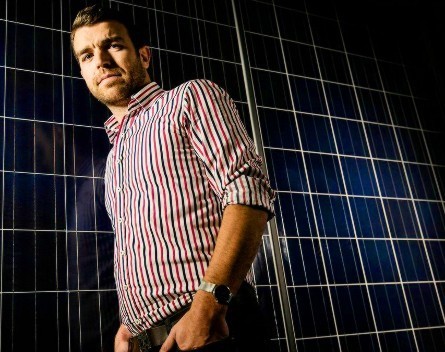 It has launched a pay-as-you-go solar model that allows businesses to install solar panels without any upfront costs. Smart Commercial Solar then bills them for the power they consume from the panels, until they’ve paid for themselves, at which point the business takes up ownership of the system.

Smart Commercial Solar founder Huon Hoogesteger says he founded the startup three years ago, when he looked into the viability of solar energy for large enterprise. He noticed that while in the years prior solar energy had been too expensive and hadn’t made financial sense for businesses, this was starting to change. Prices of the solar cells were being driven down by advances in technology.

But there remained significant risk in outlaying between $30,000 and $100,000 for a solar energy system.

“We need to be able to monitor and measure accurately, because where an investor is concerned, they want to have some assurance that there’s 99% uptime and their investment is being realised,” he says.

“We realised we were at a point where we could supply these solar systems free of charge and bill businesses for the energy. So we were able to bring the tech together with the financial modelling.”

Smart Commercial Solar now monitors its customer’s solar energy through monthly reports, catching problems before they start to cost the businesses money. He says solar had started to become a bit of a dirty word because consumers and businesses were installing panels, but had no way of knowing how well they were performing, or if something was wrong.

“When a small system is worth $32,000 all the way up to many hundreds of thousands of dollars, and it’s taking three to five years to break even, an investor needs to know when that investment is being realised, and that’s the assurance we bring,” he says.

One church group, who invested in a kilowatt solar system with no monitoring, didn’t realise that it hadn’t been working for two years, taking $8000 worth of saving out of their investment, Hoogesteger explains.

“I don’t blame the consumer for not understanding if you get a saving or not by looking at their power bill,” he says.

“Most consumers don’t understand their power bills as is. There really hasn’t been the financial viability to do monitoring. It does cost money; it’s about $1000 worth of hardware per system.”

Once consumers have paid off the cost of the system, they’re then given the opportunity to continue using Smart Commercial Solar’s monitoring service for two cents per kilowatt of power.

“The future of solar is local. It’s about on-site generation and turning your premises into the power plant,” Hoogesteger says.

“It’s about using the best monitoring and analysis to maximise system performance and make sure it aligns to what the enterprise needs. Pay-as-you-go embodies this approach and we believe it has the potential to transform the way enterprises do solar.”