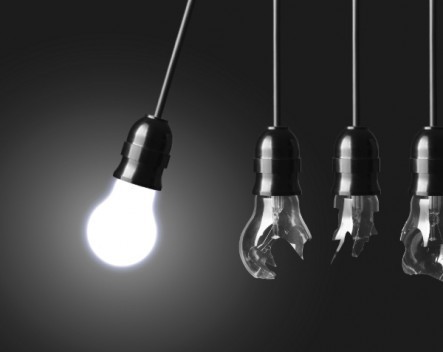 A key theme of Malcolm Turnbull’s $1.1 billion innovation statement is the need to risk failure and learn from it.

“Sometimes entrepreneurs will fail several times before they succeed and will usually learn more from failure than success,” Turnbull said on Monday.

It’s estimated that about 90% of startups will fail, but what are the reasons behind this, and what can founders learn from these mistakes?

Although the reasons behind these demises are “very diverse” there are some regular “fatal flaws” that led to the demise of startups, a new report from CB Insights says.

The figures come from the organisation analysing the “post mortems” from 101 startup failures. From the list, most of these companies ended 20 months after raising financing, and on average had raised about $US1.3 million.

The single largest reason why a startup fails is that there was “no market needed” for what they were offering.

These companies were “building a solution then looking for a problem”, and this issue was listed as a main reason for the failure of 42% of startups.

One of these companies was Patient Communicator, which was “tackling problems that are interesting to solve rather than those that serve a market need”.

“We had no customers because no one was really interested in the model we were pitching,” the startup says.

Treehouse Logic also met the same fate, and says that startups will fail if they are “not solving a market problem”.

“We were not solving a large enough problem that we could universally serve with a scalable solution,” it says.

“We had great technology, great data on shopping behaviour, great reputation as a thought-leader, great expertise, great advisors, but what we didn’t have was technology or business model that solved a pain point in a scalable way.”

The next biggest reason behind the demise of a startup is a simple one: they ran out of cash.

Nearly 30% of startups met this fate, although this reason is usually tied to one of the other factors.

“Money and time are finite and need to be allocated judiciously,” the report says.

Building a “diverse team with different skillsets” is “critical” to the success of a startup, the report finds.

“Failure post-mortems often lamented that ‘I wish we had a CTO from the start’ or wished that the startup had ‘a founder that loved the business aspect of things’.”

“If the founding team can’t put out a product on its own they shouldn’t be founding a startup,” failed startup Standout Jobs says in the report.

Startups also run in trouble when they don’t keep track of their competitors and fall behind without knowing it, the report says.

“Despite the platitudes that startups shouldn’t pay attention to the competition, the reality is that once an idea gets hot or gets market validation, there may be many entrants in a space,” it says.

“And while obsessing over the competition is not healthy, ignoring them was also a recipe for failure in 19% of the startup failures.”

Another common theme among the defunct startups was “tunnel vision” focused too much on product and not enough on the market.

“Ignoring users is a tried and true way to fail,” the report says.

“Tunnel vision and not gathering user feedback are fatal flaws for most startups.”

This is what went wrong for social media monitoring tool VoterTide.

“We didn’t spend enough time talking with customers and were rolling out features that I thought were great but we didn’t gather enough input from clients,” the startup says.

“It’s easy to get tricked into thinking your thing is cool. You have to pay attention to your customers and adapt to their needs.”

Other key failings include releasing the product at the wrong time, and the “fatal issue” of disharmony with investors or co-founders.

It’s important to recognise what went wrong and learn from these failings, and it takes brave entrepreneurs to share what they did wrong, the report says.

“This type of data-driven analysis would not be possible without a number of founders being courageous enough to share the stories of their startup’s demise with the world,” it says.

The full list and report can be found here.