Five Australian startups to watch in 2015 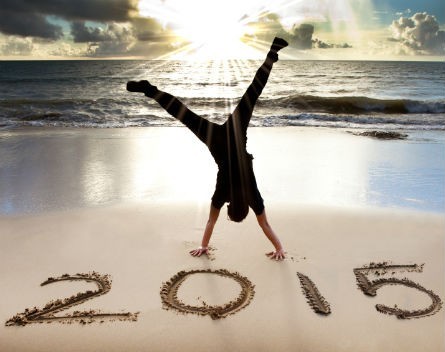 The startup scene continues to flourish in Australia, with hundreds of new startups launching this year and many scaling nationally and overseas.

Here is StartupSmart’s pick of some of the startups to keep an eye on in the new year.

The company plans to raise $20 million at 20 cents a share by listing on the ASX. On top of that, the startup is a big supporter of the local bitcoin community.

“There are people building exchange platforms, as well as payment systems, wallets, all the technology, but for us we see the biggest problem with bitcoin is the lack of understanding, the lack of trust,” he says.

“The transparency, the legitimacy, that’s what we want to bring.”

Swift is a Melbourne startup that grew out of after-hours alcohol delivery service Liquorun, and allows retailers and other businesses to deliver their products to consumers within one hour.

Swift is a classic example of an Aussie startup taking a niche concept and applying it to the broader market.

“Shopping online is very convenient until it comes down to accepting delivery of the item,” founder Joel Macdonald previously told StartupSmart.

Swift was one of five companies to recently secure funding from BlueChilli’s $10 million venture capital fund and is in talks with a number of US retailers.

Fashion-discovery startup Stashd launched earlier this year and allows users to swipe left or right on an item depending depending on whether they would like to ‘stash’ or ‘trash’ it.

The app features more than 100,000 items and users in more than 80 countries. Co-founder Jessica Wilson says 30% of the apps users are “power users” and have engaged with the app more than 100 times since downloading it.

Stashd has plans to grow the product range to include items from the likes of Zara, The Iconic and Asos.com. The startup will likely announce a seed investment round in the next few months.

Aussie startup WattCost has developed a device that can be attached to a household’s power meter to provide home owners with real-time data on power usage.

Former Microsoft evangelist Robert Scoble says WattCost was the most interesting startup he has seen all year and Google could very well buy the company in the race to become the dominant Internet of Things platform.

Global social network TalkLife was founded in Adelaide and this year announced a collaboration with a London-based business accelerator.

The startup allows young people to discuss issues such as depression and suicide and support one another online. It has grown rapidly since its launch in 2012, with currently more than 100,000 users worldwide.

Founder Jamie Druitt previously told StartupSmart the startup is working with Harvard and MIT research teams to investigate how data can be used to predict high-risk mental health episodes in young people.