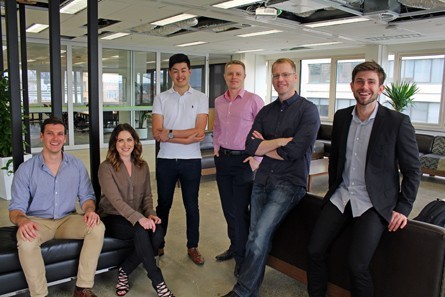 Global online lending platform Spotcap has closed a $50 million funding round and will be using some of the capital injection to grow its operations in Australia.

The online lender opened an office in Sydney in May last year, and managing director of Spotcap Australia Lachlan Heussler says the startup has been expanding rapidly in Australia.

“Our growth has exceeded our internal expectations,” Heussler tells StartupSmart.

“The month-on-month growth has been extremely high, to the point that January was a record month for Spotcap Australia and globally.

He says some of the new capital will be used to grow operations in Australia.

“It will be used to grow our existing operations in the countries we operate, improve our product offering and continue to ramp the business up, of which Australia is becoming an increasingly significant part,” Heussler says.

Growth of fintech in Australia

He says this investment lends credibility to online lending and fintechs in Australia.

“This absolutely validates that these products are needed in the market and we are providing services to SMEs that are needed,” Heussler says.

“This validates that we are sitting on top of a potentially very, very large business that will continue to grow over the next 12-18 months.”

Fintech in Australia is starting to find its feet and could be set for big things, he says.

“We’re just scratching the surface and getting started with fintech in Australia,” Heussler says.

“The industry is on the verge of something great and continued investment is needed in order to reach its full potential.”

A handful of leaders are emerging in the online lending space in Australia.

“Now there are four or five established players in the market in Australia and hopefully that’s where things will be for the next little while,” Heussler says.

“The barriers to entry are increasing with the amount of capital existing players are now playing with. The online lending industry as a whole has got so much better and we’re only just starting on the journey.”

For Spotcap in Australia, a big part of this journey will be putting their offering on show.

“Now it’s up to us to increase the awareness of these products in the market,” he says.

“There are still hundreds of thousands of small businesses that don’t know we’re out there.

“We have the aim of being the global leader in short-term and business financing.”