Got a team? You’ll know pretty quickly with this app 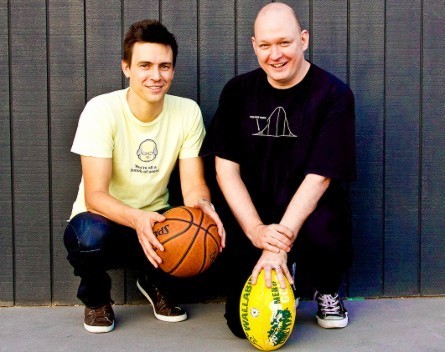 Having worked at one of Australia’s most successful startups, 99designs, Got a Team founder James Mansfield gained the confidence to start his own.

Got a Team is a digital product that helps people who play sport socially organise games and meetups.

Organisers create an event, using the platform send it out to friends who are prompted whether they’re “in” or “out”. This information is then collated on the event page so organisers and participants can quickly assess whether a game is going to go ahead.

Currently the system works via email, although the feature that supports SMS will be added soon.

“I’ve played sport all my life and team sport specifically, but I’m a geek as well and I’ve been developing and designing software for 20 years,” Mansfield says.

“So I know, particularly for social sport, how difficult it is to field a team, communicating with everybody was very fragmented. It was more difficult than I thought it should be, so I decided to build a very simple app to do it.”

Mansfield worked for a number of years at 99designs, watching it grow from 15 people when he started, to a workforce of over 100 with offices in San Francisco by the time he left one year ago.

“99designs certainly gave me the impetus to do my own thing,” he says.

“Seeing how that business operated and how they grew the company, being privy to that gave me a lot of confidence to do something similar.”

Got a Team launched in September, and it’s still very much an MVP. Mansfield he says he knew how important it was just to get a product out there and have people using that. Since launch they’ve built a user base of a few hundred, and it was the feedback of those users that has led to the team working on implementing a SMS invite feature.

Currently, Got a Team is a web-based app, but an iOS app is on the way.

“We could have waited until we’d finished a few more features until we had a mobile app of the product ready to go before launching but we know the earlier you get people using the product the better the product will be for it,” Mansfield says.

“This is our favourite part of software development, observing how users are interacting with a product, seeing how it’s helping and looking for opportunities to make it even more intuitive and helpful.”

Mansfield says he and his co-founder Robert Postill, who together have funded the company, are focusing on growing the user base before eventually turning their attention to how to monetise the platform.

“We intend to prove that there’s a market first, but there’s a range of options that are open to us. We haven’t settled on anything yet. We could look at everything from advertising, sponsorship, or through paying for extra features,” he says.