Grate-full dread: This startup will send your enemies coal for Christmas 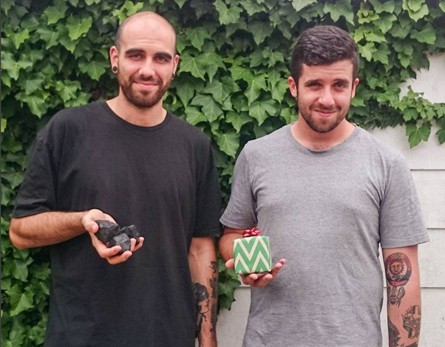 A Wollongong-based startup is offering the perfect service for all the Christmas grinches among us – they’ll send coal anonymously to “your annoying boss, shit mates, lazy co-workers, ungrateful kids or racist uncles”.

Aptly named Send Coal, the service was “hastily thrown together” by Regan Kerr and Luke Szalla a few weeks ago, inspired by Send Your Enemies Glitter and “a guy sending potatoes to people”.

“I thought, ‘why can’t we send people coal for Christmas?’” Kerr says.

“There are a couple of people in America doing it but we thought we could execute it better.”

The pair have “a bloke in Sydney” that provides them with the coal that is then sent to whoever the buyer requests.

“We get the coal, brush the dust off it and pack it into these transparent cubes that were made for wedding cupcakes I think,” Kerr says.

The startup is also socially conscious, with $2 from every order being donated to charity.

The pair say they’ve been overwhelmed by the media’s attention, but that hasn’t necessarily translated to sales.

“We’re still working hard and we’ve been busy but we expected more from the exposure we’ve been getting. But we’re still shipping all over Australia and we’ve still got boxes and boxes to ship.”

The two entrepreneurs also run a powdered smoothie company but say their attention will be on Send Coal at least until Christmas, and maybe beyond.

“The side hustle took off as it seems to do so we’ll be dealing with coal for the next couple of weeks,” Kerr says.

“And if it [the coal] arrives late that might be even more disappointing for them.”

Send Coal was a spontaneously venture thrown together by two entrepreneurs, and Kerr encourages others to follow through with their ideas.

“I can’t code and Luke can’t either – it’s just a very simple idea to plan and execute,” he says.

“We’re using Shopify and we can write words and draw nice pictures. I’d encourage other people to execute their ideas and use the tools available.

“There are so many tools out there that can help you execute your own ideas. It’d be great to see more people doing that.”