How a $14 million “overnight success” took 15 years to build, starting from a garage and being rejected by all 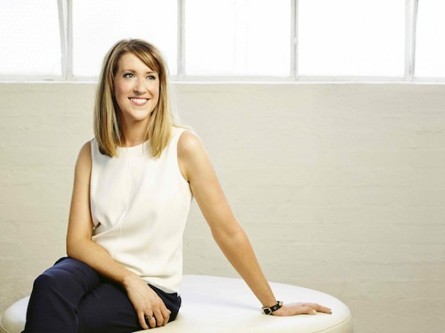 The founder of Australia’s first online beauty store says her 15-year journey to success has been a long and gruelling climb driven by a spirit of “no guts, no glory”.

Speaking at the Above all Human tech conference in Melbourne on Friday, Adore Beauty founder and CEO Kate Morris says she created the startup in her garage in Murrumbeena with $12,000 borrowed from her boyfriend’s parents.

“Pretty much what I had was a store in the middle of the desert with no passing foot traffic,” Morris says.

She used this initial investment to purchase a basic website and some stocks.

With the concept of online shopping still a novel idea in 1999, Morris says she faced austere rejection.

“Every brand I approached said no,” she says.

She recounts the soul-crushing experience of countless knockbacks including a 14-page letter expressing why her idea was “stupid”.

“I offended them by even approaching them with my unworthy proposal,” she says.

She was also “fabulously” rejected by the beauty editor of Vogue, who according to Morris, responded: “Darling, if you were meant to be in Vogue, I’d already know about you”.

“The market wasn’t ready and I couldn’t get the brands I wanted,” Morris says.

During these “mi goreng years”, Morris worked tirelessly, step-by-step, reaching out to an extensive range of brands to come on board.

Finally, she managed to secure two tiny and desperate companies.

She then returned to those who said no and picked up a few more, and so began the momentum.

Morris says her anchor through it all was her fundamental belief that she had a product that people needed.

She says this purpose and passion brought her back on track when Adore Beauty’s growth hit a plateau at the $2 million mark in 2010.

“I didn’t know where the growth was going to come from or what we were going to do next,” she says.

The smartest thing she did at that time was seek help, she says.

Morris consulted a business coach who recommended she write up a ten-year vision statement to herself.

The activity helped Morris get back in touch with why she began Adore Beauty and her ultimate goal of empowering her customers with confidence when they walk out the door.

Laying out a new plan from 2012, Morris took expansive steps, including the purchase of a larger warehouse, re-platforming the website, introducing a price matching policy, switching to free shipping, building inventory, launching a marketing campaign and undertaking new hires.

As part of this process she had to re-mortgage her home.

“That’s my overnight success story, 15 years in the making,” she says.