How a failed idea led to the birth of Vero 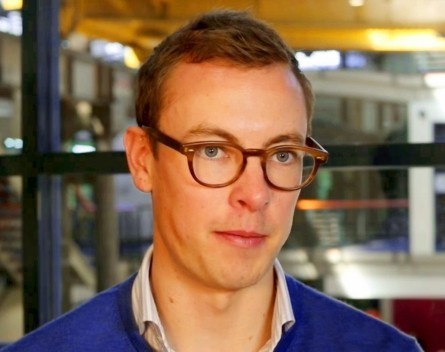 In our continuing video series on Startmate companies, here is the story of Vero.

Success so often is measured in the dollars you have raised or your staff headcount, but ultimately these are only proxy signals for something that really matters: happy customers. The story of Vero has refreshingly never been about the artificial chest-bumping metrics of dollars raised and people employed.

The story of Vero was actually not even about Vero in the beginning. Originally, co-founders Chris Hexton and James Lamont were working in their small agency and thought the process of freelancers invoicing clients who were all around the world could be helped by better software. The two applied to Startmate in 2012 with this idea and invc.me was born.

For the first three months of Startmate they built a product that had hundreds of users and worked to some degree, but unfortunately none of those customers really loved it. Peering in from the outside it is easy to observe with a detached eye, but one of the hardest and most gut-wrenching decisions is to kill an idea or product that is kind of working. Where failure or success is not evident in the small amount of evidence you have accumulated.

Chris and James went to San Francisco and pitched investors the idea of invc.me. However, in their hearts and from the tepid reaction of investors, they knew that raising a round was not possible. Nine times out of ten, when teams reach this fork in the road, the founders give up. But Chris and James took the road less travelled and persevered.

They threw out the idea of invc.me and started completely afresh. The problem had to be one where it is clear customers had a big pain and that meant paying them right from the beginning. If I remember correctly, they had set themselves a target of $1000/month in revenue within 5-6 months.

Exploring problems that they themselves had run into at invc.me as well as what they had heard from others, they settled on Vero, which lets applications trigger emails based on certain behaviours. Instead of sending the all of the people in a free trial a set canned sequence of emails, a company can send different messages to those that have used the product X times versus those who haven’t activated at all, for example.

Working out of a two bedroom apartment with fellow Startmates team Flightfox (who were doing Y Combinator at the time), they convinced Todd Sullivan, Flightfox CEO, to become a customer (no mean feat). Vero was a stark contrast to invc.me, clients got huge benefit out of the product straight away and had no problem paying a small monthly fee.

The other fascinating thing was as the team hit product/market fit, Chris and James didn’t take the well-worn path of fundraising and decided to build a company that would break even or be profitable from the get go. As the company grew, they would hire and invest every dollar of growth back into the business.

They now have over 400 paying customers and are building a wonderful company in Sydney that has the chance to become an iconic one over the next decade.

Below, we filmed an interview with the team about their journey so far and the help Startmate gave them in this mini documentary. Applications for Startmate 2015 close today (30 September) and we’d love for you to begin your own story. Apply now.