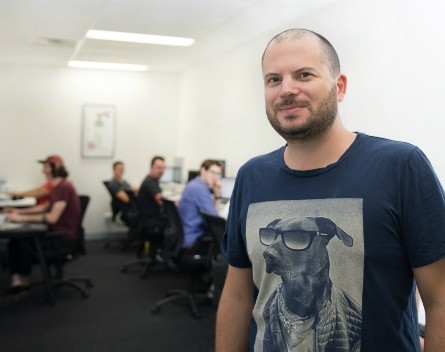 Melbourne-based Ashley Farrugia was only 14 years old when he dropped out of school.

“I found school boring in that I didn’t feel I was getting enough out of it,” he tells StartupSmart.

He soon acquired an LP gas-fitting business that he converted into a national franchise before selling it to a public company in early 2008. He has now founded a startup aiming to disrupt the real estate market.

Farrugia encourages fellow entrepreneurs to stick to their ideas, particularly, when people show signs of being willing to pay for them.

“They say it takes four to seven years to build a really good business,” he says.

Taking risks, making decisions quickly, having faith in the people he employs and working on businesses rather than in them are all lessons he gained outside the classroom.

“A bad decision is always a good decision because you learn from it,” Farrugia says.

Farrugia says the platform is making waves in the real estate market with more than 8000 users now and thousands of mortgage leads being generated through cross-channel promotion.

In the past 12 months, ActivePipe has been adopted by Australia’s leading agents such as Ray White, LJ Hooker and Barry Plant.

Nearly two years since launch, ActivePipe is approaching new markets after building strong traction in Australia and New Zealand, with a pilot program in the UK starting this week and plans to tackle the US later this year.

Bringing the real estate industry into the 21st century

The team developed the startup after recognising the massive lack of sophistication in the way real estate agents around the world handle customers after their details are captured, ActivePipe executive chairman Gavan Stewart says.

“We realised they didn’t have the tools to help identify who their transactions are most likely to come from,” Stewart says.

The traditional process of using CRM systems to contact customers at quarterly periods results in lost opportunity for agents, he says.

To address the problem, ActivePipe was created to provide agents with meaningful and predictive data to help them efficiently and accurately identify potential clients.

“Once an agent meets somebody, our system kicks in with personalised automated communication that keeps the agent relevant and front of mind with that person,” Stewart says.