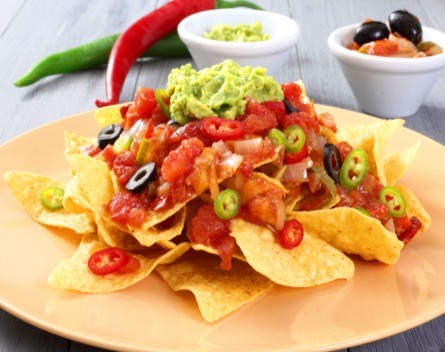 Depo8 co-founder Jodie Imam recently spoke at the Google and MAP (Melbourne Accelerator Program) meet-up. This is her story and some lessons she has learnt.

I have wanted to run my own business since my first few years in corporate life. I was working for Ericsson when I saw some redundancies. I quickly realised there is no safety net in a corporate job.

Taking the leap of course is certainly easier said than done. The time came for me some 10 years after Ericsson when I was pregnant with my second son.

I knew I couldn’t manage my job as general manager of [fashion design house] Leona Edmiston, look after a toddler and a newborn; so my husband and I both quit our jobs, sold our house in Sydney and moved to Melbourne, where we have strong family support.

We started Occasional Butler based on our own need, first experienced when we were renovating our Sydney home. Trying to find people to come out and do small jobs was almost impossible.

We built a website that connects people to get small jobs done around the home and office. We spent lots of money creating all the bells and whistles, against the advice of everyone.

We were very excited when we launched in July 2012. We had hired a marketing assistant and moved into a shared office (part-time) in preparation for the flood of jobs we had forecasted.

We posted on Facebook that the site was now finally live and within minutes our first job was posted.

It was “buy a packet of Doritos, eat them and take a photo of the empty packet”. I was horrified, who had posted this ridiculous job. We were trying to help families get real jobs done.

It turned out to be one of our nearest competitors who had launched just before us. Dutifully, we had a good friend complete the task only to find out there was a bug in our payment system and we couldn’t process the $5 they were willing to pay.

It was months before our next job was posted. I was struggling! Normally a positive person, I was finding it really hard to be positive. I was sleep deprived from babies and sheer panic that we would run out of money.

We realised we had to reset our expectations, that building a new marketplace from scratch was not going to happen overnight.

At the same time the shared office we were in was getting busier, we were reading about the trend of co-working and loved the concept. So, we did some number crunching and decide to open our own co-working space in the hope we could create some short-term income.

We opened depo8 in the Melbourne suburb of Prahran in November 2012. Again, it took months to get our first customers.

At this point the lows of entrepreneurship were becoming almost too much to bear. I was thinking about giving up, a lot!

But I struggled on and Occasional Butler is now almost two years old and we are still a long way from having realised our vision, but we do have a fantastic network of over 2000 butlers across Australia, helping families with real jobs. We have also appointed a board of very talented advisors to help us navigate our way through the next phase of our business.

Depo8 has been amazing. Our 30 desk warehouse space was full within the first year and we have just finished renovating a second space to fit another 15 desks and more meeting rooms.

The best thing about it, though, has been the people we have met.

I strongly believe that without co-working and networking we would not still be in business.

If I were to start again, here are the three things I would do:

2. Give ourselves a 12 month runway. Most businesses don’t take off overnight and I would not expect revenue or profit within the first 12 months.