How an Australian refugee became a prominent angel investor 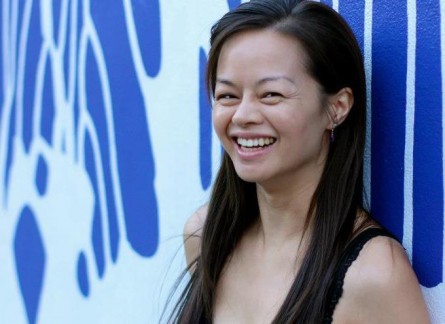 Shelli Trung was still a baby when her family came to Australia as refugees.

They settled in Sydney, but faced many of the hardships that other refugees encounter in their new home country — language barriers, a lack of employment and local knowledge.

These were the main problems that a hackathon last month aimed to provide tech solutions for, and Trung featured as a judge.

The young refugee from a Hong Kong refugee camp is now a prominent tech founder and angel investor specialising in fintech and real estate technology.

While judging the Techfugees event in Sydney last month, Trung quickly realised that many of the ideas formulated over 24 hours would’ve helped her own family.

“The language barrier and employment were the big ones,” she tells StartupSmart.

“They were definitely things my parents both experienced. They ended up being labourers because they weren’t overly qualified when they got to Australia.”

It was these struggles in her childhood and a want to give back to the community that welcomed her family that led Trung to the tech world.

She then fell into angel investing “accidentally”.

“Having been a refugee and having had parents that struggled with finances, it really all came together,” Trung says.

“I had an interest in numbers and making money because my parents had so little and they fought constantly about the lack of money.

“I don’t feel like a victim though. Being an angel investor has given me that sort of mentality.”

Trung first dabbled with the investment world at night while working a corporate job.

It was all “small time” stuff – her first big investment was in real estate, a small, “smelly” house in Melbourne – but it all quickly paid off.

“I was making more money in six months part-time than in a full year of corporate work,” she says.

It was after relocating to New York that Trung’s passion for technology truly flourished and she quickly founded her own startup – an event discovery platform that is now in the process of being acquired.

A passion for tech

While devoting her time to another tech startup, Trung has also rapidly put together an impressive portfolio of angel investments. But it’s not just about the money, with Trung’s own struggles and perseverance playing an important part in every investment decision.

“Giving back to the community is really important for my personal investments,” she says.

“I invest in technology because I believe in the cause and the entrepreneur.

“When I look at something it might be a great business and be making a lot of money but I’m not excited unless I see some sort of social give-back inherent in the theme of the business.”

It’s a passion that carries through to ensuring all her investments display a level of diversity she believes they need to achieve success.

“When I look at a startup board I look at the investors and entrepreneurs and I expect to see diversity,” Trung says.

“If I don’t see diversity then it’s high-risk. People of the same cultural background tend to think in the same way.”

Bringing the community together

Trung says that it’s important the same opportunities provided to her are also available to other refugees so they can also discover the world of tech and startups, and the recent hackathon typifies how these two worlds can work together.

“It was amazing seeing the community come together and give up their weekend to hack something together to serve the community,” Trung says.

“I’ve been to quite a few events where they consult with refugees but with no refugees actually in the room. This was completely different.”

The event was inspired by the Techfugees movement in Europe, making Australia the second place to hold a refugee-theme hackathon.

“I’m not surprised Australia is the second place to do this but it was really amazing to see it all come together,” Trung says.

“The spirit of being Australian is being open-minded.”

It will be for the benefit of Australian startups if the tech community is made more accessible for refugees, Trung says.

“Refugees can offer new alternative ways of looking at problems,” she says.

“Refugees have had to overcome a lot of challenges to get to Australia and with that toughened mentality then you’ve got nothing to lose, you’ve been in worse situations.

“That grit is really useful for being an entrepreneur – you need to have that endurance.

“There’s a great opportunity for Australia to really be a fantastic hub for tech and refugees really give a new perspective on how this all works.”