How diving into the startup scene gave a delivery service its zip: “You have to put yourself out there” 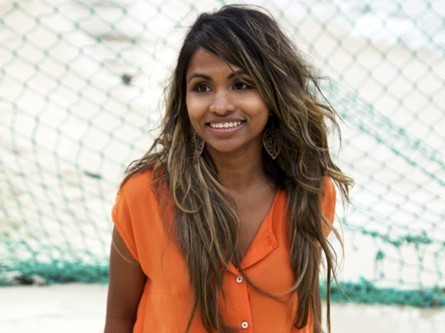 Not becoming deeply immersed in the Australian startup community and taking advantage of the various opportunities on offer is one of the biggest mistakes a founder can make, Ziip co-founder Naby Mariyam says.

The Sydney-based startup is out to make sure you never miss a delivery again, and Mariyam says Ziip didn’t really find its feet until the team decided to become more heavily involved with startup events and meetups.

“We had a completely different approach [when we started],” Mariyam tells StartupSmart.

After a friend in San Francisco highlighted Sydney’s growing attention for new investment, she decided to present the venture at events and pitch nights.

By speaking to several mentors at muru-D, Fishburners and similar, they gained invaluable advice on building the right strategy and focusing efforts accordingly.

“I realised I should have started this three months ago,” she says.

“It killed my soul to be rejected so many times but you have to put yourself out there to learn and do so very quickly.”

The startup lets online shoppers get deliveries sent to Ziip, which then redelivers the parcel to the recipient’s doorstep at a requested time between 6pm and midnight any day of the week.

Ziip is currently a five-person team that shares roles from marketing and tech development through to running deliveries.

“Everyone wears a hundred different hats,” she says.

Tracking user growth, they are looking to expand across Sydney’s east before launching in Melbourne by July.

Mariyam says they are currently in conversations with independent online retailers who rely on traditional couriers and are also speaking to investors.

Where the idea came from

Ziip was created in early 2015 after Mariyam and co-founder Hyacinthe Hamon started working on a system to help parents get uniforms delivered without the hassle of having to attend the shop during school hours.

“We started looking for a service like this,” she says.

After realising there was an opportunity to expand their idea to online shopping, they began working on a new app.

Impersonal, delayed and missed delivery services of “substandard” traditional couriers have inspired many startups like People Post and UberRUSH to create innovative ways to circumvent these problems.

But Mariyam and her team are undeterred by the growing competition.

“There is huge potential for us because there isn’t a single startup that has nailed it yet [in Australia],” she says.

With Ziip, their focus is on building a customer friendly interface and service unlike any other where people will eventually receive parcels at their door anytime that suits them.

“It’s like with Airbnb, their difference was the seamless customer experience they created,” she says.