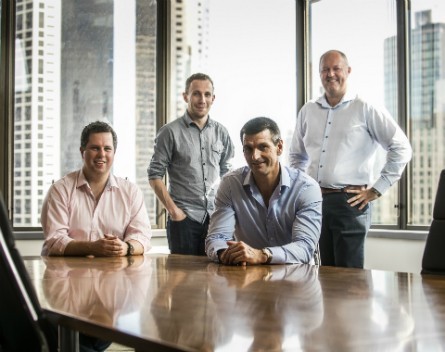 In an “Australian-first” deal, the Queensland-based Auswide Bank will be injecting $60 million into the fintech over five years in exchange for 20% equity in the Melbourne startup, which provides an online marketplace connecting borrowers and investors.

It’s the culmination of an 18-month process that saw MoneyPlace officially launch in October with a full retail and wholesale financial services licence from ASIC.

“What’s important is they’re investors in our platform – this is not a loan or a bank facility,” Stoyan tells StartupSmart.

“They’re coming on board as an investor in MoneyPlace and they’re here for the long-term. They’re keen to partner with us in the true sense of the word.”

It’s a mutually beneficial partnership he says, with the fintech now able to vastly expand its consumer lending capabilities, while Auswide can reach a larger, young market outside of Queensland through the platform.

“It demonstrates how a traditional lender can partner with a fintech startup that’s come along and isn’t looking to disrupt and create better experiences for customers,” Stoyan says.

“It’s a validation of our model and of the space. Startups need funding but they need customers more. It’s refreshing to have a regional bank say, ‘we want to do this’.

“People will realise that if a bank is investing then it must be pretty good.”

Auswide Bank was “impressed” by what MoneyPlace is offering, the bank’s managing director Martin Barrett says.

“We believe we are the first bank in Australia to take this dual equity and funding position,” Barrett says.

“This is a wonderful opportunity for both organisations to grow and be at the forefront of the P2P opportunity in Australia.

“Technology is changing the market and we, through the right innovative partners, are keen to take advantage of the opportunities for growth it presents.”

The key to securing the watershed deal was years of persistence to overcome the regulatory barriers and following an extensive plan from the very beginning, Stoyan says.

“The important lesson is to be aware that for a fintech it’s really important to get the licensing and approval sorted first,” he says.

“Once that’s in place you can have deals like this come through.

“We went in with our eyes open but it was still an almost two-year process for us.”

He says a long-term partnership with a big bank was always the plan for MoneyPlace.

“We knew that partnering with a bank was absolutely critical to helping our business flourish and for lending some credibility and validation to what we’re doing,” Stoyan says.

“We stuck with it, we worked with it and we found the right partner. It’s all coming together now.”

“You need to have a plan and stick to it, and revise it accordingly.”

Although the deal has been years in the making, now the real work begins for MoneyPlace, Stoyan says.

“We’ve been working on this for two years and it’s only going to be much harder over the next two years,” he says.

“The whole team is looking forward to focusing now on building a really great business and being able to provide personal loans to Australian borrowers at a fair and better rate.

“Now we can start to actually do that.”