How this Melbourne startup assembled a dream team of strategic advisors 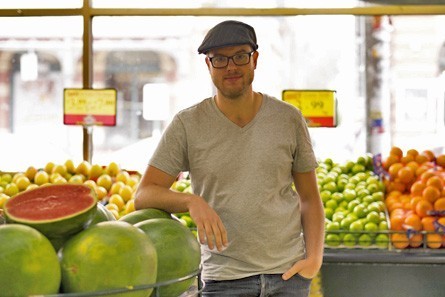 A Melbourne delivery startup has big plans to grow tenfold after securing a $600,000 funding round and bringing on board another high-profile strategic advisor.

YourGrocer, an e-commerce platform enabling same-day delivery of goods to consumers from independent retailers, grocers, butchers, bakers and delis, has welcomed Menulog investor Michael Doubinski to its advisory team which already includes the founders of Envato.

Ranieri says he decided to approach Menulog investor Michael Doubinski after reading a story about him online.

“I read he had invested in another startup like us in an article by StartupSmart actually,” he tells StartupSmart.

Realising that Doubinski’s background with Menulog and similar startups could provide them with invaluable support in scaling YourGrocer, Ranieri decided to approach him directly.

“I reached out to him with a cold message on LinkedIn,” he says.

Within a couple of months and further discussions, Doubinski was on board.

Prior to this, YourGrocer brought on Envato founders Collis and Cyan Ta’eed following a meet between Collis and Ranieri at a StartupVictoria event.

“I caught up with him with no real agenda but to get advice, and we really connected,” he says.

YourGrocer, founded by Ranieri, Francisco Trindade and Bandith Nhephis, has scaled quickly in the last 12 months.

“Our customer base has grown from 10 to 80 shops,” Ranieri says.

Their reach has also expanded from 20 to more than 100 suburbs across Melbourne.

Ranieri credits a lot of their growth and product development to their users.

“We’re really lucky to have a lot of really passionate customers,” he says.

Many of who work in creative tech spaces and have provided them practical feedback to improve their website and services, Ranieri says.

YourGrocer is now close to linking with all of Melbourne’s major grocer markets including Queen Victoria, Prahran and South Melbourne.

They are also in talks with Dandenong Market.

“Our main goal now is to grow the size of our market by 10 times,” Ranieri says.

YourGrocer hopes to scale up its shop and customer acquisition by growing its platform from 80 to 500 shops.

They are also looking to expand into cities across Australia.

With plans to launch in Sydney soon, Ranieri says they have commenced the search for a Sydney manager to help them build traction interstate.

“We are keen to talk with anyone who’s really interested in leading our setup in Sydney,” he says.