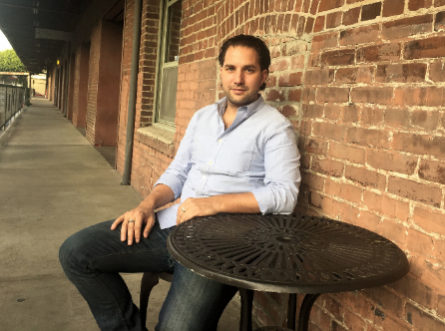 A data-driven startup backed by Coca-Cola has become the latest startup to spin-out from Data61, providing a blueprint for how entrepreneurs can leverage public sector research, HIVERY co-founder Jason Hosking says.

The technology has been deployed in Coca-Cola Amatil vending machines around Australia, boosting revenue by 15% and reducing re-stocking by 18%. The startup has also received funding from Coca-Cola in Atlanta in exchange for 20% equity, providing it with a two-year runway.

A spin-out from public research

The startup is a collaboration between two entrepreneurs – Hosking and Franki Chamaki – and a team of Data61 scientists.

“It’s a great example of open innovation leading to industry and research collaboration and ending up with a new business that has great potential and is in the early stages of making some waves,” Hosking tells StartupSmart.

Before pilot tests were completed, a commercial agreement was created and Hosking says laying down this early groundwork is crucial for the success of the long-term partnership.

“All parties were clear about how we would commercialise it if we were successful,” he says.

“We went into it with completely open eyes and that enabled us to work really well together. Data61 and us became partners really quickly – we aligned our incentives and objectives and we’re working towards a collective goal.”

“They have many products to choose from and very limited shelf space.”

Despite the complexity of machine learning and AI, he says HIVERY’s product is very simple for users.

“We take sophisticated data science and translate it into really sophisticated tools that have real market impact,” Hosking says.

“It’s a really simple tool that literally has one button you can press to give you the optimal configuration.”

It’s already spreading around the world, with pilot programs in the US, Europe and New Zealand.

These extensive tests also help to ease past any difficulties in the public-private collaboration, he says.

“Generating the impact we did in a pilot really helped clear some of the red tape and obstacles,” Hosking says.

“Everyone could see the commercial potential of what we were all working on. It took opinion off the table and helped us work through the hurdles that we needed to get the business set up.”

A need to focus on the long-term

Hosking says entrepreneurs seeking to leverage public research are too often focused on the very short-term.

“Some I’ve tried beforehand focused too much on that early-stage and not on what happens afterwards,” he says.

“If you can come up with a basic framework and talk about how things will work should this research be a success then it really, really helps.

“These research houses have fantastic talent in there – it’s about finding the right framework for collaboration to bubble that up for success,” he says.

“Multiple skills are required in collaboration to make a success. Everyone takes their skills to the table and collectively you can achieve something far greater than you could have by yourself.”

According to several reports, collaboration between the public and private sectors and the commercialisation of IP is the great failing of the ecosystem, and was a central theme that the government’s $1 billion innovation statement sought to address.

Included in the statement was the establishment of a $200 million CSIRO Innovation Fund to support spin-off startups like HIVERY, changes to funding criteria for research grants and R&D tax incentives and the restoration of $75 million in funding for Data61.

“It’s great to see the whole ecosystem being front and centre in politics. We’re only at the beginning of all this but to see the funding restored and a greater focus on innovation and STEM can only be good things for the industry.”

It’s up to entrepreneurs and founders to seek out these collaborations, Hosking says.

“You’ve got to be bold and seek them out,” he says.