How this Sydney startup raised more than $2.5 million before even launching 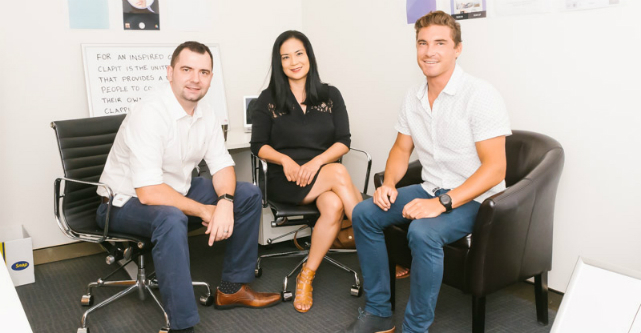 When the team behind a Sydney startup first approached investors, their concept for a new social network was  still just on paper.

But thanks to good networks and a lot of hard work and preparation, Clapit successfully raised $2.57 million in seeding funding and has officially launched this week.

The seed funding comes from a group of unnamed private investors and will be used to fuel future growth and development of the startup.

“The investors were really impressed with our concept and had a belief in the team,” Bulseco tells StartupSmart.

“I knew if we pitched it to people who had businesses they would understand what the concept is, and the risk. I think we were looking for other entrepreneurs.”

“Do all of your thinking before your ‘Shark Tank’ or your investors and plan out a good team, a good road map, a good product and demonstrate the ability to adapt to a changing landscape,” Bedwell tells StartupSmart.

“Then I think you give the potential investor a lot of confidence.”

Clapit is a new social network designed to promote and reinforce positive interaction in communities by applauding good work and talent.

“The whole company is really a reflection of who we are,” Bedwell says.

“It’s similar to an emoji but an expression of a human face in a bubble,” she says.

“There’s no complex machine in the background placing what we see based on what a computer has learned from us.”

Instead, it works by counting claps and the most clapped items move to the top of the best feed allowing users to choose what they see.

“If I clap, you clap and PJ claps, there are three claps, we become the algorithm,” Bulseco says.

Bedwell and his team want content to be determined, driven and shaped by the audience.

“We just want to see people who are doing really well get cheered on by their communities and that could look like anything,” he says.

They hope it will become a platform to celebrate emerging talent – from artists to sports people.

Bedwell and Bulseco’s work with youth and the those in need was the motivation behind creating a more positive online environment.

With  abusive behavior online  being one of the most serious challenges of today’s social networks, Bedwell says they’ve consciously developed Clapit to make it a place where people reward and support each other.

“We know that for young people online bullying is serious and we also know that people can go online and have an encouraging or uplifting experience,” he says.

To prevent abusive rants and keyboard warriors Bedwell says Clapit currently only allows users to comment with a “reaction selfie”.

“Later on we’ll build out a lot of the usual commenting features but we want to show that there’s a way to express how you feel about content without the opportunity to troll somebody,” he says.

Clapit launched its beta version this week and can be downloaded for free through  the App Store.