How this Sydney startup secured $2.5 million in funding and convinced some big names to get on board 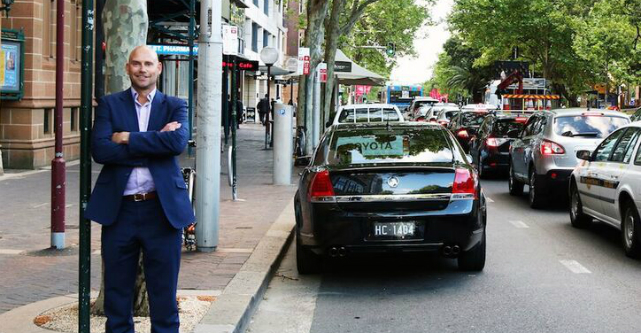 A strong commitment to a central vision and a willingness to pivot helped a Sydney startup to secure a further $2.5 million in funding and entice some big industry names to join the team, Divvy Parking founder Nick Austin says.

The startup’s Series B round was led by undisclosed investors from Australia and Hong Kong and will be used to help expand its platform across Australia and into Asia.

The Divvy Parking platform connects users to a network of CBD parking places that can be booked daily or monthly, and Austin says these spots will soon be able to be booked by the hour.

The round brings the total investment in Divvy Parking to $5.3 million.

Staying committed to the startup’s vision – improving the way cities operate – and showing an ability to adapt to the market helped Divvy Parking secure the large investment, Austin says.

“It’s all about being committed to your vision and being really focused on executing, as well as having the ability to listen to advice, take it on board and pivot where necessary. You need to have a vision but you also need to be able to adapt as the market changes and you get new information.

“The key thing for investors is that they know they’re investing in a company that can adapt and is happy to change when it makes sense.”

The startup has also announced a series of “strategic” hires including prominent businessmen Steve Vamos and Peter Gammell, along with former Microsoft head of research and development James Simpson.

Vamos and Gammell have joined the Divvy Parking advisory board while Simpson has become the CTO and director.

Bringing in the big names was also a long process that involved aligning their respective visions for the startup, Austin says.

“It’s always hard to get these sort of names to commit to a small, developing team and a startup concept,” he says.

“They aren’t decisions we made over a couple of weeks – there were six months plus of discussion and them being involved with the company. They were coming to regular meetings and getting involved in the strategy.

“They were very, very interested in what we were doing – they loved the concept and related to our vision of improving the way cities work.”

Following a pilot program in Sydney, the Divvy platform will be rolling out across CBDs in Australia, with an especial focus on the short-term parking.

According to Austin, Divvy Parking has enjoyed revenue growth of 10-15% month-on-month.

Austin says the startup is currently in discussions to partner up with a number of “large players” in the Asian commercial property market to facilitate an expansion into that region, with a focus on China.

The startup closed a $2.5 million Series A round midway through last year and marked a shift away from the smaller peer-to-peer market towards larger commercial opportunities.