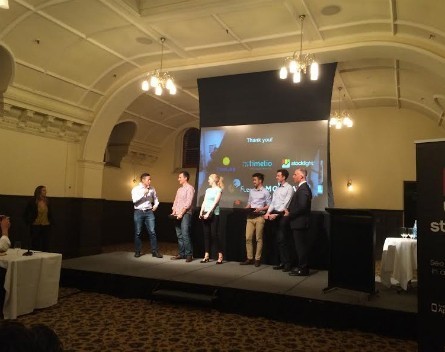 A year ago Fintech Melbourne did not even exist and I struggled to get traction on the idea – I even had to continually explain what the word ‘fintech’ meant.

Interestingly, people seemed to find it really strange there was an intersection between financial services and technology.

However with the supportive encouragement of Rohan Workman from the Melbourne Accelerator Program, I registered the group and set about finding an initial guest speaker.

Not knowing many fintech identities at the time, I reached out with a cold message to David Urpani, the co-founder of iSelect and was surprised to receive a reply within minutes.  David had an incredible story to tell which the audience loved, and the feedback I received was overwhelmingly positive.

And for Fintech Melbourne, I certainly feel that’s been one of the key factors to our success.

Everyone loves a good story, and interesting and engaging speakers have been very important.  Along with my co-organisers Alan Tsen, Sahand Bagheri and Derric Wong it’s been a lot of work finding speakers but also been an enjoyable experience.

But it’s not just the speakers who have been very helpful, it’s the solid community of founders who have banded together to support one another.  Though we in Melbourne can’t claim to have fintech specific hubs such as Tyro or Stone & Chalk, it’s a funny thing to say, but we have each other.

The value that each of us founders in the community have added to one another has been enormous.  Whether it’s introductions to key partners, media or just simple advice, there has been great benefit in leaning on one another.

So it was with great pride that I was able to get on stage and introduce fellow fintech founders at the pitch night.

Fintech Melbourne may have started off doing events, but it has certainly become more than that.  It’s a community of friends and supporters.

Andrew Lai is the founder of FinancialAsk which runs ASK Crowe Horwath.  He founded Fintech Melbourne which he runs alongside Alan Tsen, Sahand Bagheri and Derric Wong