“I lost a very dear friend, but I think it was the right decision for the company”: Tyro in Start-ups are Scary 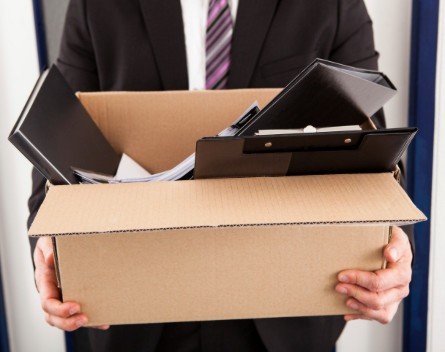 Co-founder Andrew Rothwell and chief executive Jost Stollmann told StartupSmart their path to profitability had been an epic battle for survival.

Launched in 2003, Rothwell and co-founders Paul Wood and Peter Haig had been looking to disrupt either the superannuation or banking industries.

Changes to the licensing system encouraged the three communication system developers to tackle banking. Tyro became the first and only new entry in the banking licence system in 18 years.

The credit and debit processing company didn’t install its first product until 2006.

“The first two years we were always wondering whether the banks would crush us that week. We had all kinds of grandiose ideas about what we could be but we were running out of money fast,” Rothwell says.

They brought on Stollmann, who built and exited a billion dollar business in Germany, as their first investor and chief executive in 2004.

“The original team leader, Paul Wood, was an extremely gifted technologist who knew he needed some deep pocketed investors and business leadership for the venture. I had both the money and the expertise and found the idea very compelling,” Stollman says.

But in 2006, as they began to overcome the regulatory issues and the product matured, a rift emerged between Woods and Stollmann.

“In 2007, the company was eating cash like crazy, the product was ready to go and the simmering conflict between the founder and I broke out severely,” Stollmann says.

Armed with competing growth strategies, the situation degraded to the point where both Woods and Stollmann asked the board to fire the other.

This made things at the company unbelievably intense and emotional, Stollmann says. “Every decision became contentious. The fight was life threatening for the business.”

The board had to weigh up a variety of issues, from the loyalties of the 25-strong team to intellectual properties to the cold hard fact of capital constraints.

Wood, who was not available to comment, left Tyro in 2007.

The decision to back Stollmann over Wood was especially hard for his co-founders.

“Peter and I found ourselves in a very difficult situation because our emotional heartstrings were being tugged in a very deep, decades-long relationship. But we’d have to take the company in a direction we didn’t want to go,” Rothwell says.

“Your head wins out over your heart. I lost a very dear friend, but I think it was the right decision for the company.”

Rothwell adds it was lucky the churning start-up kept the company busy enough that eventually the team began to heal.

“After the skirmishes and then the grieving, we all could feel relieved and start rebuilding trust and alignment,” Stollmann says. “But relief was short, as we marched straight into the GFC needing to raise $3 million.”

“We couldn’t grow our revenue fast enough because we had to invest the money to develop the product so we can grow,” Rothwell says.

With funding markets shut down and many investors focused on their own survival, Stollman says he spent months pestering and pleading until Stollmann and Rothwell closed a round for $5 million on the day the Australian Securities Exchange had its highest historic loss.

Stollmann adds Tyro had a loss carry forward of almost $28 million during the GFC.

“It may sound like a lot that we needed $33 million in external capital, but that’s a rounding error for our competitors.”

In March 2012, Tyro broke even. According to Stollmann and Rothwell, it’s now growing at 30% year on year.

Tyro now employs just over 100 people, services 10,000 small and medium companies and has processed over $5 billion in credit and debit transactions.

Stollmann and Rothwell’s growth strategy for the scaling phase of the company will be targeting particular sectors with custom products, including medical, hospitality, pharmacies and retail.

“We’re combining the agile high tech Silicon Valley world with the stability and regulation-heaviness of a banking institution,” Stollmann says. “Now we’re focusing on the scaling and rapid growth part of the tech company.”