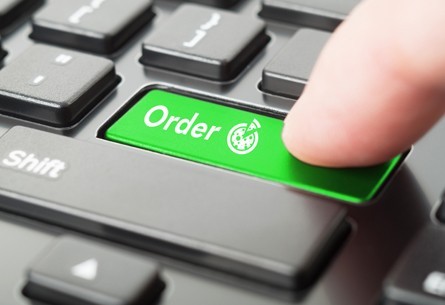 Global food delivery startup Deliveroo has launched in Australia with a 40-person strong operation that’s sure to worry its numerous local competitors.

The platform, which enables hungry users to order takeaway food from restaurants that don’t already have a delivery service, has won over European consumers since debuting in London in 2013.

And if the size of its local pre-launch operation is anything to go by, then it has its sights firmly set on conquering the Australian market too.

Its Australian manager, Levi Aron, says Deliveroo already employs 40 people, not including the drivers who will cart food to homes in some of Melbourne and Sydney’s most exclusive suburbs.

But he doesn’t think of his company as a competitor to other food delivery apps like Menulog.

“Whilst there are players who work with restaurants, they’re aggregators, the restaurants takes over the order after it’s been placed,” Aron tells StartupSmart.

“Deliveroo is an end-to-end experience.

“Rather than taking the order, sending it to a restaurant and hoping they work it out, we ensure we get the food from the point of ordering to delivering to the office or home in a short space of time.”

He also says the sorts of restaurants with which the company will partner are not the typical takeaway options. Many might never have given the option of delivery before.

Aron is confident that famously food-savvy Melburnians and Sydneysiders will opt to have delivered a restaurant-quality meal rather than go to the venue.

“People make decision to either eat out or eat in,” he says.

“I know that I’ll go out with my partner once a week or once a month.

“But If I can get that same great Italian or steak dish delivered to my office in next hour, that’s amazing too.”

He says because people have already chosen whether they’ll eat in or take away, there’s no danger the service will empty out restaurants’ dining rooms.

“This is not a way of cannibalising the market,” he says.

“By no means are we going into these restaurants and offering a service that means 50 people won’t come to them.”

Aron says another point of difference between Deliveroo and similar services is its quality control mechanisms.

He explains restaurants are fitted with tablets to receive orders, and customers can track an order to their doorstep. Deliveroo promises its drivers are skilled, uniformed and local.

“We ensure that our drivers can get from the restaurant, from grab to drop, in seven to 10 minutes,” he says.

“Food is arriving extremely hot, which is very important.”

Australia isn’t the only new country Deliveroo has its sights on, with the startup also expanding into Singapore, Hong Kong and Dubai.