“It was three months of sleepless nights”: What happened after these entrepreneurs suddenly raised $15 million 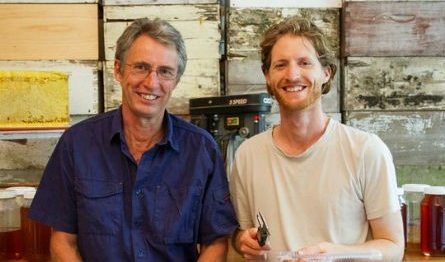 The founders of Aussie crowdfunding success story Flow Hive have spoken out about the difficulties associated with suddenly running a multi-million business overnight and dealing with the pressure of meeting deadlines and customer expectations.

Father and son duo Stuart and Cedar Anderson raised more than $15 million on Indiegogo earlier this year to manufacture their invention, which allows beekeepers to retrieve honey from their hive by simply turning on a tap.

While the pair, who live on the New South Wales north coast, were originally only after $US70,000 of investment, they smashed that target in a matter of minutes.

However, while the money poured in quicker than anyone had hoped, the sudden success did take an emotional toll on the family.

By the end of the whirlwind crowdfunding campaign, the Andersons had received orders from more than 140 different countries.

It was around this time that doubt began to set in. How were two budding inventors in regional New South Wales going to fulfil all those orders?

Flow Hive was also copping criticism from natural beekeepers and others who thought the hive kits would encourage irresponsible behaviour from short-term hobbyists.

How the father and son duo dealt with the pressure

Speaking to SmartCompany this morning, Stuart Anderson said locking down some much-needed family time and learning to delegate tasks has helped him and his son push through the rough patches.

“I’ve tried to make sure weekends are free – it didn’t work in the beginning, but it more or less does now,” Anderson says.

“You’ve also got to trust the people you’re delegating to so that once you pass the job over you can leave it to them.”

Anderson says it also helps that both he and his son are very passionate about the Flow Hive.

“The work is enjoyable. It’s just all new and learning how the United States of America’s tax laws work or dealing with another engineer.”

Anderson also credits his local community for lending a helping hand, whether it be with the business directly or simply by giving him a pat on the back while he is in town.

“The community is really important to us,” Anderson says.

“We could draw on really talented people almost at a moment’s notice. That’s been vital. I’ve lived in this community for 40 years and worked in a whole lot of different occupations. The encouragement from all the people I bump into and know is quite important to me and means a lot.”

Over the next few months the pair hope to catch up with any outstanding orders and narrow the time between ordering and delivery to a few weeks.