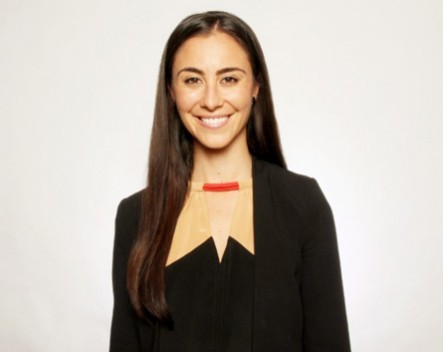 Like every business, online retailer Shoes of Prey hit a number of speed bumps while becoming the well-known brand it is today.

Co-founder Jodie Fox has shared the biggest mistakes she believes Shoes of Prey made in the latest video posted to her YouTube channel.

Here are the top five mistakes Fox says the business made in its early years.

1. Not bringing in experts early enough

Fox says it was an advantage not knowing much about how shoes were made when she started the business because it meant her creativity wasn’t restricted.

“On the other hand, we could have had a way more awesome product much earlier in the business if we had have worked with more experts early on,” she says.

2. Spending too much time on the wrong problems

Fox says in the lead-up to the launch of Shoes of Prey, she and her co-founders spent months thinking about shoe sizes.

They sent out forms to potential customers and even got people to draw around their feet in order to figure out the best way to obtain people’s shoe size.

“What we should have done is listened to our very first supplier, who said just ask them for their shoe size,” Fox says.

3. Believing things that sounded too good to be true

“We were two months in and nominated for a Crunchy award,” Fox says.

“We were a finalist for the best bootstrapped startup, which was really cool. But it attracted a lot of inbound messages from people who were maybe interested in investing and people who wanted to sell us stuff.”

One of the people who got in touch was a PR agent who claimed he could get celebrity endorsements and have Shoes of Prey featured on morning television.

When they started out Fox and her co-founders would often set up a stall at the Bondi markets. While they didn’t sell many shoes, it was a great way to talk to people and see what product descriptions worked.

“We only did it for a limited amount of time, and really we should have continued to do it so we could test out campaign ideas and what we thought might be great new material or style and things like that,” she says.

“Particularly because it wasn’t a very expensive activity, we should have done more customer research.”

5. Not listening to feedback sooner

Fox says Shoes of Prey customers have always been very generous in sharing their feedback.

However in the early years of the business, the Shoes of Prey co-founders mainly actioned feedback if it was for a significant issue.

“What we should have understood is any product quality feedback is so incredibly important,” Fox says.

“It’s why people are coming to you … In this case, the mistake was not actioning that product quality feedback faster.”