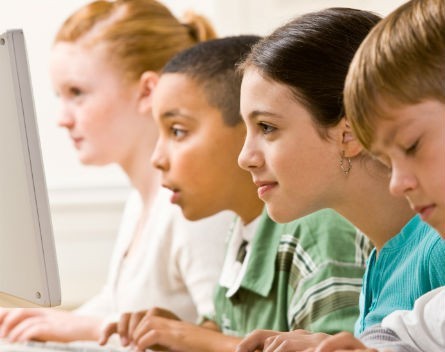 A New Zealand-based startup using technology to teach financial literacy to young students has taken out an innovation award in Sydney and will soon be launching in Australia.

Banqer offfers financial education software aimed at schools. The product includes an online banking system for classrooms, where students can learn about finance by earning money and spending it on fun classroom-based activities.

Co-founder Kendall Flutey presented at the Affiliation Fintech Showcase in Sydney last week, and took out the Best Innovation in Show award.

Banqer was up against 30 Australian and New Zealand financial technology startups, and presented to a room filled with potential investors and clients.

Flutey tells StartupSmart this was Banqer’s first real attempt to break into the Australian market.

“This was our first foray into Australia,” she says.

“We have some Australian sign-ups but they’ve all been completely organic, we hadn’t been over there.

“We got amazingly positive feedback and some really obvious paths into Australian schools that could happen quite fast. We’re looking at term one of 2016.”

The idea for Banqer came from Flutey’s experience watching her younger brother’s enthusiasm for a paper-based version of the concept, and how this hadn’t yet been adapted to new technologies and ideas of banking.

“He was juggling spreadsheets and handing out physical money,” she says.

“Kids don’t really have cash these days. My little brother has an allowance that goes to an online bank account, they never see it.

“There’s something about bringing a somewhat tangible asset to it, where they can log onto a bank account.”

So Flutey made an app for her brother’s class, and then took the idea to a startup weekend in Wellington, where she formed a founding team and began developing the product.

Each student can be given a bank account using Banqer, and teachers can give out ‘money’ to reward good behaviour. It can be structured in learning modules to focus on a specific aspect of personal finance, such as interest or taxation.

“It’s bringing kids into this world through an online monetary system,” Flutey says.

“It doesn’t mean you have to kick out science or English or maths, you can weave it into your daily classroom. It’s really powerful and it’s a lot more relevant.”

Banqer won $NZ20,000 as part of a competition run by WebStock, but it’s all been bootstrapped apart from that.

“That was enough to keep us going until we had the revenue coming in,” Flutey says.

Banqer is now used in nearly 200 classrooms across New Zealand, and besides launching in Australia is looking at the US.

“We’re going over there in November and we have schools piloting it there,” Flutey says.

“We’re trying to get into those international markets in Australia and the US, but on a state-by-state basis.

“We’re expanding to international markets but also we haven’t completely saturated New Zealand by any account.”

Flutey has a background in both finance and software development, and took the big leap this year to jump into the startup world full time.

“I was an accountant, but it didn’t work out,” she says. “Then I jumped into software development and that was the last job I left before this.”

The Banqer team is also looking at expanding the software and technology to other aspects of education, and Flutey says the customer base will play a big part in deciding what path the startup goes down.

“Our users have essentially built our app since we launched in term one,” she says.

“The team expands beyond the co-founders, it includes all the users.”