Konnective cashed up and ready to expand 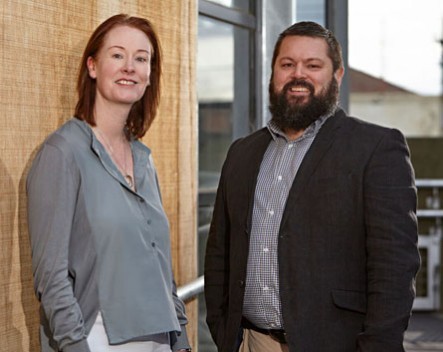 Inter-business messaging service Konnective has grown by 50% this year and now has over 30,000 users as it looks to expand rapidly outside of Australia.

The Melbourne-based startup has enjoyed mostly organic growth this year, and has a user base that’s growing “day-to-day”.

“We’ve been plugging away and persisting and we’re seeing the results now.”

Business alerts for workers on the move

Konnective is a broadcast messaging app used by businesses to communicate with employees through smartphone push notifications, aiming to replace telecommunications services like phone calls or text-messaging.

It’s targeted directly at industries like mining and healthcare where employees are commonly away from their desks and using a smartphone to communicate with their superiors.

Bray says this is what sets it apart from the likes of Slack in the increasingly competitive inter-business communication market.

“We focus on industries where people are out and about and not sitting at a desk monitoring a Slack feed,” she says.

“They need to know things like what’s happening on site or if a shift is running late. It’s often difficult to get that message out in a consistent way to a large workforce.

“With the others you need to be constantly monitoring the channels, and that’s not generally the way these people work.”

The service began as Kid Connect in 2012, focusing exclusively on communication in schools, mainly between teachers and parents. It was an idea borne out of personal experience, as Bray became increasingly frustrated with the archaic modes of communication used by schools.

It soon became clear that the service could prove useful in places far beyond just schools. Early on in the process the two co-founders decided to pivot and rebrand, and Konnective emerged.

“We saw there were plenty of opportunities to use the app for all manner of things – sporting clubs, healthcare organisations, the list is endless,” Bray says.

“We thought that rather than getting too far down the path, we’d stop and do the rebrand while we’re still fairly new rather than let it go on for too long.

“It was a conscious shift to try to capture that corporate market.”

Konnective is monetised through set-up fees and annual subscriptions charged to businesses based on its size and amount of people reached through the app.

The startup has been entirely bootstrapped by the co-founders so far, aside from funding through a Victorian government grant that brought on board 50 schools.

Now it’s time for Konnective to expand outside of Australia thanks to some added cash injections.

The startup will also soon be working with an unnamed “large multinational corporation” to translate the app for a non-English speaking country, Bray says.

“We’re at the point where we know we have a great product, we’ve been running for a good couple of years and working with large companies, so we’re ready to grow,” she says.

“That’s going to take funds and we’re about to embark on that project.”