Laying down the law: Why Kate Morris chose to be an online entrepreneur instead of a lawyer 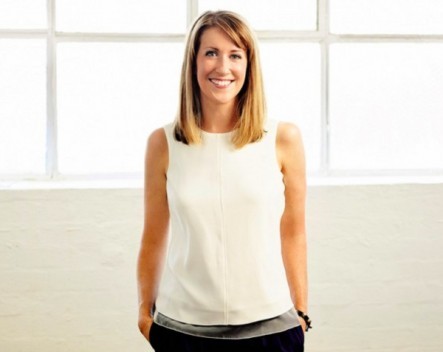 Almost 15 years ago, Kate Morris studied arts law for one week before realising she had no interest in becoming a lawyer. She dropped the law, continued with arts, then had an idea to pursue the kind of work you can’t prepare for at university.

She became an entrepreneur and launched Adore Beauty, an eCommerce platform selling beauty products. Although the business makes complete sense today, it seemed a long shot for success back in 2000.

Morris had toyed with idea while exploring overseas cosmetics sites in her free time and mentally planning what her own, local version might look like.

The turning point came when her partner — who is still is business with her today — told her to jump in and get started. His parents lent her the money and, at 21, Morris busied herself with web development and delved into the then strange world of online beauty shopping.

Today, more than two million people visit Adore Beauty a year, accessing a range of 4000 beauty products. In 2014, Morris was awarded the Business Innovation Award for Victoria at the Telstra Business Women’s Awards.

“When I told people what I was doing [back in 2000], they replied ‘nobody buys that stuff on the internet!’,” she says. “Now I know that as an entrepreneur you have to have blind belief in what you’re doing. I just thought I could do this. I was only 21 — often you don’t realise how clueless you are at that age. But I just thought, ‘well why not me? “

Morris has worked for herself ever sense. She says the last three years have been particularly good: the business has tripled it’s revenue and she’s found herself dealing with the “great” problem of managing the cash flow and company culture as the team gets bigger. Her team has grown from around seven or eight to 25.

Meanwhile, when we talk she shares that she’s just signed a major deal with the Estée Lauder Group, enabling Adore Beauty to sell major Estée Lauder-owned products on the site – a licence the brand has traditionally offered only to long-standing and traditional ‘bricks and mortar’ shopfronts.

“The challenges of each business are unique, there’s no general roadmap,” she says on what it takes to sustain and grow a business personally. “You do have to blunder your way through it. It helps to have mentors and brains you can pick about various dilemmas and challenges.

And while she’s never had formal mentors, she does acknowledge the assistance of a network of female entrepreneurs in different industries who seek to mutually guide each other.

Morris runs the business with her partner, a business and personal relationship that enables them to take control of their own arrangements when it comes to caring for their young daughter and sharing responsibilities at home. She’s adamant that when it comes to workplace equality, we can’t overlook the importance of equality on the domestic front too.

“I don’t know how people do it if they are expected to do the parenting, grocery shopping, cooking and to have a successful career, it seems a massive disadvantage to take responsibility for all of that,” Morris says.

“When the kids get sick it’s the woman who is expected to stay home. That’s where equality really needs to start.”

More personally, she believes establishing a successful business from scratch takes a willingness to accept you’ll inevitably make mistakes along the way.

“You have to realise you are going to stuff up from time to time and that’s ok. It’s the learning process. You try something, it didn’t work, revise and reiterate.”

High school ambition. I was going to be a lawyer or a journalist.

First job. Working in a chemist every day after school from four to six. I started work the second I was old enough. I cleaned the toilets, took the post, vacuumed the shop.

Daily reading habits. I read a lot of blogs, Smart Company and Women’s Agenda, and online business stuff like BRW. In terms of beauty stuff, I use my Instagram feed.

How she maintains her wellbeing. I don’t like exercising but I do it because you’ve just got to do it. It’s good for stress management to go for a run. I try and get eight hours sleep and eat healthy, and I make sure I take a break every evening. I try not to work past 9pm.

How she wakes up. I eat breakfast, wrangle my daughter to get dressed and ready for child care. Mornings are chaos like they are for most other parents.

An average day in the life? I wish there was an average day! I usually work from 8:30 to 5:30. I do the childcare pick up. A day at work usually involves a lot of phone calls, plenty of emails.

Leadership superpower. I think that what I’m best at is inspiration – inspiring my team to come on the journey with me. Ecommerce is a fast paced industry where change is the only constant, so working for an online retailer (particularly a fast-growing one) can be a bit of a roller-coaster ride. I’d like to think that my approach to leadership gets my team excited about being on the roller-coaster, rather than terrified!

Career advice to her 18-year-old self. I don’t think I’d tell her anything. I think she did alright! There’s a lot of mistakes you make when you’re young but that’s ok. I think being young and ready to make mistakes is fine. Everything you stuff up is all just part of the learning experience.

Kate Morris’ story is the 2nd of Women Agenda’s 100 Stories Project. The project showcases the diverse range of leadership careers available, as well as some of the brilliant achievements and fascinating career paths of women. It also demonstrates how planned and unexpected forks in the road can take you places you never thought possible.