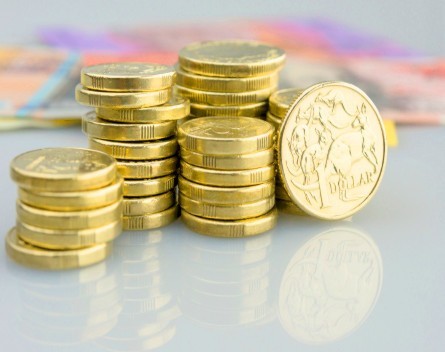 Reji Eapen was on a bus when the penny dropped.

He saw a young boy, playing on his smartphone, turn to his mother and ask for pocket money.

The mother refused: the boy hadn’t done his chores, she said.

“I thought, ‘surely in this world there’s got to be an app that manages the process of pocket money between parents and kids’,” Eapen says.

Eapen, a former finance analyst, is preparing to launch Pennybox, an online piggy bank system that allows parents to set a list of chores and their children to get paid for doing them.

The pocket money economy is, in fact, big business, with the Commonwealth Bank estimating its worth at $1.4 billion a year. In Australia, 80% of young people aged 4 to 15 earn pocket money, receiving an average of $10 a week from their family.

Eapen says his part-fintech, part-education startup will teach young people how best to use that money.

“It’ll show them how to earn it honestly, spend it wisely and to understand concepts like savings and credit,” he says.

Parents set up a Pennybox account for them and their children, list odd jobs they want done around the house and determine the value of each job.

Kids can then accept proposed chores and have the corresponding amount of cash transferred into their bank account – if the task is completed to the parents’ satisfaction.

“Grade two kids now have an iPad on their booklist and use it every day.”

Eapen also stresses his app isn’t just about saving money. Young people should also know how to spend it.

“When I was growing up, there were Dollarmite accounts where you put in money and it’s held for you.

“That doesn’t teach kids about spending which is a crucial part of earning money.”

With Pennybox, parents can set up a “spending bucket” or “charity bucket”, before discussing with their children where their earnings are allocated.

The tool also empowers children to value their work. If a youngster feels the amount offered for a job is too low, they can post a message to their parents negotiating for sweeter deal.

Eventually, Eapen hopes the app can target children with financial tips tailored for their age, introducing more complex concepts like investment as the users grow up.

The app launches on December 1 and will be free to download.