Meet the Australian startup creating a buzz with its vibrating underwear 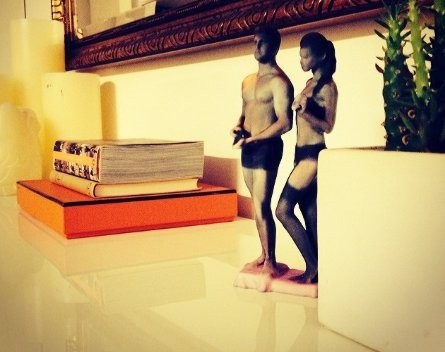 An Australian startup has been causing quite the buzz – around the world, and in long-distance lovers’ underwear.

Wearable Experiments, a startup based in Sydney and New York, is working with Durex to commercialise underwear that allows couples to remotely control their partner’s vibrating underwear.

Fundawear uses Wi-Fi to connect to an iPhone app, which is linked to your partner’s phone, who then controls when and where the vibrating occurs.

Wearable Experiments co-founder Billie Whitehouse says people can send a vibrating sensation to their partner’s underwear “in any direction they like”.

“We’ve built in touch actuators, they’re the same actuators built into your iPhone, and we built them into the clothes,” Whitehouse told a panel at SXSW.

“We’ve made it washable, we’ve made it durable and we’ve built the garments out of a bamboo spandex, so it’s one of the most eco-friendly products on the market.’’

When you download the app you’re given a secure code for your partner which keeps undesirables out of your pants (so to speak), and ensures only your partner can access them.

The concept came from a collaboration with Durex, which wanted a new way for long-distance lovers to stay “in touch” with one another.

So Durex, with the help of Havas, brought together fashion designer Whitehouse and technical developer Ben Moir and with Durex’s guiding hand, a pair of underpants began vibrating and Wearable Experiments was born.

Wearable Experiments co-founder Moir says the company is attempting to tap into an underutilised sensation in tech – touch.

“We’re looking for another way to connect humans,’’ he says.

The company is also working on another product called Fan Jersey, which aims to link sports fans with the experience of their sporting heroes as they watch them play.

“What you’re tapping into is the net emotional feeling of that team,” he says.

“Say, for example, someone marks the ball in the AFL 50 yards out, he’s got an adrenaline surge, you’re going to feel the adrenaline he feels with a building intensity.

“When they kick a goal you, you’ll feel an elation or cheer, like people patting you on your back, but if they miss then you’ll feel despair or frustration, like that sinking feeling.”

Moir says the company is focused on incorporating wearable technology into clothes, but not at the expense of fashion.

He says the problem with wearables at the moment is that “fashion doesn’t speak tech, and tech doesn’t speak fashion” and, as a result, Wearable Experiments opened an office in New York to be closer to fashion houses they think are the best fit for wearables.