Meet the Australian startup that wants your complaints 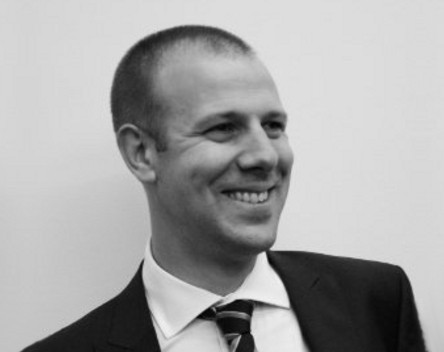 Complaints have never really had a specific home on the internet. They’ve always just been kind of everywhere.

Melbourne social network startup Vent wants to change that. It’s providing a platform that is specifically for people to moan, rant or complain about whatever might be upsetting them.

Users sign up, choose one of five moods which comes with a corresponding colour, for example red matches up with anger, and then post their complaint. The platform is much like Twitter, users can follow people they know and curate their own feed of Vents, or browse posts from the wider Vent community.

It’s the community that Vent is building that co-founder Dean Serroni says is where the startup’s value lies.

“We don’t want to become a junky place for people to discuss random things. We want people who have problems or complaints to come to our app, where they’ll be associating with people in similar situations,” he says.

Serroni and co-founder Duncan Turner came up with the idea over coffee last year. It was around the time of the Essendon Football Club supplements controversy and the last throes of the Gillard/Rudd Labour government. They didn’t want to launch their complaints into the internet ether on general purpose social networks like Twitter and Facebook, nor did they want to damage their “online personalities” either.

So they decided to build Vend. After launching a beta version on the Apple App Store in January the platform grew to 3000 users in July, before more than tripling the two months since to over 10,000 users. To date they’ve raised $100,000 in funding from an investor Serroni is unable to name yet.

What Serroni and Turner didn’t expect was the warmth of the community they had created. Serroni says users are supportive of one another and help each other through tough times.

“It’s been really comforting to be honest. People are able to share their experiences and come out feeling comforted. A negative experience can become a positive one,” he says.

“People understand they’re not alone in their issues. People share in their miseries and feel better for it.

Protecting that supportive vibe, and the value that come with it, is one of Vent’s greatest challenges. As it scales it becomes more and more difficult to police the site. Many websites require users to link Facebook accounts in an attempt to encourage civilised debate. Vent asked that of its users initially, but was inundated with requests to remove that requirement. Anonymity is key to venting they said.

Now anyone can sign up to an account; all that’s needed is an email address. The startup is rolling out new features in the coming weeks that will give users more control over what they do and don’t see. Serroni says they’re also considering providing individual users with powers that allow them to curate and moderate other users. It’s also adding more emotions and a feature which allows users “hugs” or “WTFs” in a similar manner to Facebook ‘likes’ as a way to endorse and sympathise with posts.

As for monetisation, Serroni says the startup is examining a number of options, none of which will be advertising.

“As our user base shapes up and we start to understand it better, we’ll start to think about it more he says. We want to understand them to ensure when we do monetise we’re providing value rather than spamming with ads,” Serroni says.

“We’ve got some ideas at the moment, one idea being professional counselling services that can be engaged directly through the app. And a few others that I’d prefer not to mention.”

Vent comes out of beta later this week and is available on iOS with an Android release slated for December.