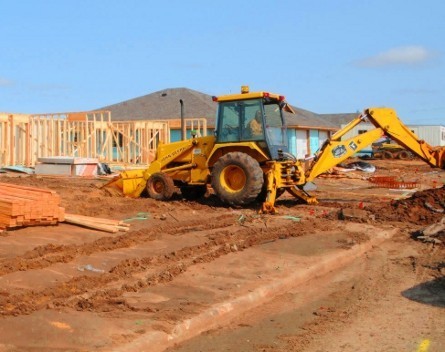 A Sydney-based startup is hoping to make it easier for town planners and architects to navigate red tape by storing hundreds of council regulations in the one “virtual bookshelf”.

Founder Eli Gescheit told StartupSmart he came up with the idea for Navon Docs because as a town planner he found it incredibly time consuming to locate and retrieve various council regulations on a regular basis.

“The pain-point I discovered is there are 150 councils in New South Wales and each of them have their own planning controls,” he says.

“The only way to access them is by trying to find them on the council’s website. Then you have to download the PDF. As a consultant you often refer to these documents when writing reports and things like that.”

Gescheit says Navon Docs will be a mobile-friendly “one-stop shop” for urban planners by storing thousands of pages of planning controls in the cloud. Functionality will be a major focus for the app.

“If you’re working on projects in a few councils you can have those specific controls as favourites,” he says.

“The other advantage of this system will be that council controls change each year and the controls will be automatically updated [on Navon Docs]. From my research, something like this doesn’t exist in Australia. America has something similar but the user interface we’ve designed is far superior.”

Gescheit says a beta version of the app will be released in January or February 2014. After taking on-board user feedback, he hopes to go ahead with a launch in March.

While the focus will be on NSW to begin with, the startup hopes to expand the app to include regulations for other states and the territories. And then there is the question of whether to branch out into other professions.

“It could be a platform for any industry,” Gescheit says. “For example, in the legal profession they are always looking at pages and pages of legislation. There’s no reason this couldn’t be replicated for their business – or any business.”

Gescheit is bootstrapping the startup while juggling a full-time job.

“It’s all new but fun at the same time,” he says. “The end result will be to launch this thing and hopefully help the industry because at the moment the planning industry is really suffering from too much red tape.”