Meet the startup that wants to liberate your videos 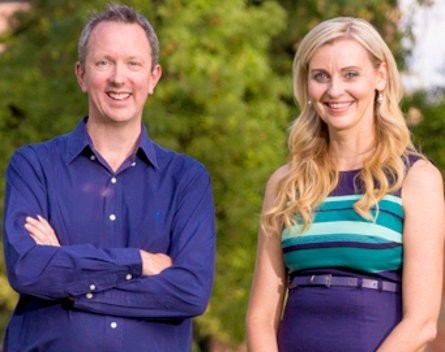 Adelaide startup Peepable, which is set to launch a new video search engine, has raised $500,000 in seed funding from the likes of Xero’s Stuart McLeod and e3Learning’s Tony Fairbairn.

Peepable aims to “open up” the world of video online by enabling users to search the actual content of video, Peepable co-founder Nari Jennings says currently video search is stuck in the dark ages, relying on meta tags and titles to produce results.

Users can then share short clips of video that the company is calling ‘Peeps’.

“Basically, Peepable is a really simple and easy way to discover and share online videos, we describe it as video liberation,” she says.

“We making videos from across the net more discoverable, and searchable at a granular level, giving you the ability to dive deep within the video and what’s said within the video.”

In addition to its search method, Peepable differs from a platform like YouTube in that YouTube’s results are obviously limited to its own videos, Peepable will allow users to find videos and view those videos on the site that’s hosting them.

“We really want to make the world of video more open.”

That’s been a driving motivator behind a lot of Jennings’ work.

Jennings grew up with her mother who was hearing impaired and after taking a trip to the theatre, an experience she wished she could share with her mother, she was inspired to found Captioning Studio Group, which she did with Peepable co-founder Alex French.

Captioning Studio’s mission was to “revolutionise accessible technology in as many areas as possible” and it’s this technology that led to the creation of Peepable.

“We’ve seen the opportunity there for quite some time,” Jennings says.

“We thought we could apply this to video search, there’s a need for this technology for everybody, not just the hearing impaired.

“So we’ve been in stealth mode for a long time, developing the tech and making sure the technology is robust.”

Jennings believes they’ve reached that point and the Peepable beta will launch in three months’ time.

The $500,000 in seed funding will see the company through the beta launch.

“We were looking for people that shared in the vision, that’s what really drove us, in terms of finding investors.

“I think they were really drawn to our story, where we come from and what we want.”