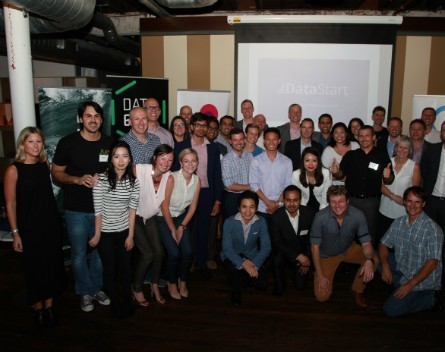 A startup utilising open government data to reduce unnecessary hospital admissions and make life easier for those with chronic illnesses took out the top prize at the federal government’s inaugural DataStart competition this week.

CohortIQ utilises hospital data and a “secret sauce” machine-learning algorithm to help hospitals determine what patients with chronic illnesses would be better treated by community health.

“You can throw infinitely scalable amounts of information at it and give it an objective then let it go to work,” CohortIQ co-founder Ian Tebbutt tells StartupSmart.

“It looks to identify cohorts of people that are better treated in the community with home nursing and the like. We provide the sign posts for hospitals to know who the patients are and how they’ll be best treated.”

The DataStart competition was held on Monday night and saw seven startups utilising open data give a 15-minute pitch to a panel of high-profile judges.

A collaboration between the Department of the Prime Minister and Cabinet and Pollenizer, the competition aimed to encourage data-driven innovation and produce a commercially-viable business.

As the winner, CohortIQ has received $200,000 in seed funding from Right Click Capital and Pollenizer and a spot in a nine-month incubator program with coaching and mentoring.

Three other startups from the competition also received prizes including a spot in Pollenizer’s incubator, six months of mentoring and a scholarship to the Founder Institute.

“It was an amazing situation,” he says.

“We were embedded in Pollenizer for five days and had some amazing coaching and access to data specialists. It’s the absolute perfect setup – you’re a startup with an idea and the people you need to speak to are there and at hand.

“The support and coaching was there on tap.”

“Most of these guys had never created anything like a pitch deck or had any pitch training,” Ringrose tells StartupSmart.

“It worked out far better than we had hoped.”

One the key differentiators that helped CohortIQ come out on top was its focus on people and important issues rather than just the data, Tebbutt says.

“We didn’t talk to so much about data or tech,” he says.

“We talked about the patients – that’s the centre of where we’re coming from.

“Many startups would go in and say, ‘look at our tech and the opportunity’, but we have a strong social agenda. We want to help people stay out of hospital when they don’t need to be there.”

He says this is at the core of what the startup is striving to achieve.

“There are tens of thousands of people in Australia that are waiting for us to deliver,” Tebbutt says.

“They don’t know who we are and may never know who we are, and it’s quite humbling. These are the real people who really would be better served by community health. There’s a solid core of getting people better and more efficient healthcare.”

The inaugural DataStart competition will serve as the MVP with larger incarnations likely to follow, Ringrose says.

“We’re treating it like a pilot,” he says. “We’ll learn a lot more about this process and I’d like to think we’ll be able to do a lot more.”

For CohortIQ now it’s all about capitalising on the progress made through the DataStart program already and taking advantage of the wealth of opportunities on offer.

“We’re looking forward to all the coaching and access,” Tebbutt says.

“Having access to the government is extraordinary for a startup at our stage and we can’t thank them enough.

“We want to make sure that we build is what our customers need.

“We had training for five days and we got $200,000 in VC funding; how much better will it be after nine months?”