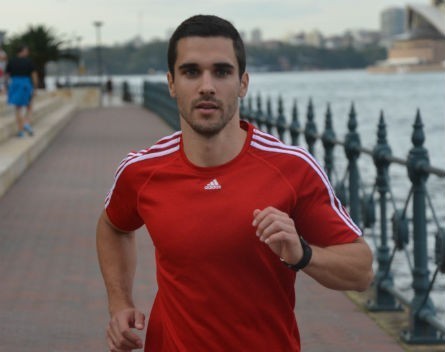 A startup based in Sydney is encouraging people to stay fit by earning rewards through their existing running app.

Running Heroes partners with apps such as RunKeeper, Nike Running, Strava and Map My Run to offer users discounted products and services based on their progress.

The free online platform launched late last month and has already snapped up more than 500 users.

Director of Running Heroes Australia, Alex Auroux, told StartupSmart the idea was based around bridging the gap between sporting brands and the sporting community.

“At the moment there’s a lot of things that help you find a trainer or find work-out but it’s hard to get on that journey and nothing to reward you for it,” he says.

“The principle is everyone is a hero and we are helping you find the motivation and inspiration.”

Originally Auroux was going to create a stand-alone app, however, he soon realised there was too much competition in the space and he needed to do something different.

“We’ve decided to partner with existing apps and looking at the data you create on those apps and give you points that match your efforts,” he says.

“The more you train the more points you get… the idea of motivation becomes really powerful.”

How the Australian startup scene compares to Europe

The platform relies on technical support from a parent company in France, however Auroux says the Australian arm is otherwise a standalone operation which is bootstrapping and using a different approach for the Australian market.

Auroux moved from France to Australia four years ago and says Sydney is a fantastic place to work on a startup.

“In France it’s quite dynamic as well in the startup world and Europe more generally,” he says.

“Germany is a good place to create a startup. But I would say from the investor side of things, it’s a bit more tricky in Europe. You’ve got a bigger market, so your chances of success can be faster – but at the same time there’s a lot of people and when you’re pitching to investors you’re competing with hundreds of other startups.”

Auroux says Australia’s smaller population and high mobile penetration makes it a “better market” in a lot of ways for early-stage technology companies, with Sydney a particularly good place to launch a startup thanks to the abundance of meet-ups and co-working spaces.

“I’ve been following the startup ecosystem here in Sydney for about two years, and I’ve got the feeling now it’s getting to a mature position where you’re seeing more and more startups being created.”