Men can pair up to help the underprivileged 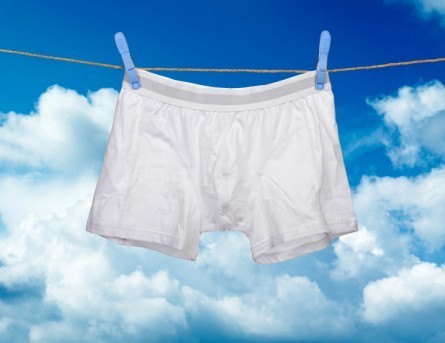 Two Sydney-based entrepreneurs are behind a social enterprise that donates underwear to children in the developing world each time they sell a men’s pair back home.

Buy Undies Give Undies co-founder Chris O’Brien tells StartupSmart the business was conceived while traveling overseas, during which time he saw tremendous poverty but grew frustrated by how little of the cash donated to big global charities made it to the frontline.

“To think that only 15 to 20% of what we donated was making an effective impact was quite disappointing,” he says.

When several of his friends had started schools in Africa and the South Pacific, and told the couple about the need for underwear to stop the spread of disease, they sensed an opportunity.

“Underwear is a commodity here in Australia and in most Western societies,” he says.

“Men pay an awful lot for something just so they can have the CK brand sticking above their pants.”

But instead of paying athletes and actors to model their wares, the pair committed to investing profits into impoverished communities, fitting out school kids with brand new undergarments.

O’Brien says the one-for-one business model is “clear and absolute”, giving the customer confidence their contribution is having an impact.

The company has established a partnership with the School for Life foundation in Uganda, who organise for local people to sew and distribute the underwear too.

O’Brien says he and his partner are excited by the social enterprise movement and hope it results in a fairer distribution of corporate profit among those who need it most.

The startup is already selling its underwear through online social enterprise retailer Good Spender and hope to establish similar partnerships with websites overseas.

But for now, the couple continue to run the business from the family garage between fulltime work and parenting responsibilities.

It’s a labour of love they find rewarding.

“My nine-to-five job is not a tangible business that’s making a positive difference in the community and the idea that we could be a little more closely involved was appealing,” he says.