Metaverse Makeovers tells: How to nail an expansion into China 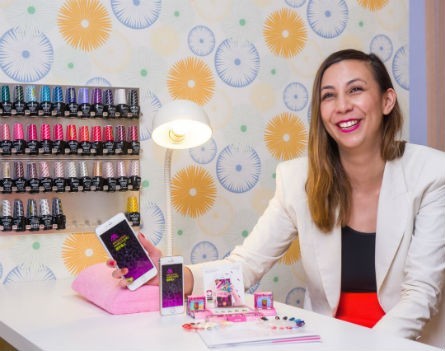 The augmented reality wearables startup has been focusing intensely on China of late, and Baumann says this is a long process that requires finesse and expertise.

“In China there’s always a perception that if you introduce a tech product it’s going to go gangbusters,” Baumann says.

“It actually takes a lot longer just in terms of the relationships you have to build. It really takes time.”

It has involved having to virtually redesign and localise every aspect of the startup, right down to its name after it turned out there was no Chinese translation for “Metaverse”.

“We are trying to integrate using Australian expertise and quality in the way we design, develop and produce products in China,” she says.

“We want to scale here in China in a way that is localised and genuine, built on true collaboration partnerships, rather than coming over as a foreign force going gangbusters in your country.”

Baumann will be discussing her experiences in the Asia market and lending her expertise at the Creative3 conference in Brisbane later this month. The forum aims to bring together creative, inspiring and influential entrepreneurs across two days.

The going hasn’t always been easy for the young startup though, and Baumann says this is down to the difficulties of operating in China, and its unique products.

“There’s no benchmark or model for what we’re doing. We’re literally introducing a new augmented reality product designed for the Chinese market.

“When you’re doing a really new thing in a very emergent and quite volatile market, there are constantly new obstacles and things you could have never foreseen or predicted.

“There are very choppy waters and it is never smooth sailing.”

Baumann says the secret to being successful in a new, international market is making an effort to truly understand the culture, making sure all products and marketing techniques are localised and most of all, hard work.

The expansion was on the back of a $750,000 investment led by Melbourne Angels at the end of last year.

A niche but increasingly growing market

While the startup has its basis in wearable technology and virtual reality, Baumann says she wants to separate it from this market.

“We don’t really call it wearable technology, we call it glam tech.

“We act as a counter-voice to what is perceived as wearable technology. We don’t see ourselves as sitting in that quantified space.

“We’re embedding wearable technology in the growing nail industry and adding value to what is already a vibrant nail and beauty sector.”

Metaverse Makeovers’ first release focuses on fashion nail accessories. These can interact with a smartphone app that uses augmented reality technology to create a hologram.

This technology has proved especially popular in Asia and particularly China, and the startup now has an office in Shanghai.

The startup is aiming to combine wearable technology and fashion consumables, and this extends far beyond just nails.

The possibilities for what this technology can be applied to are wide-ranging, Baumann says, and many new products are already in the works.

“We have a range of fashion patterns, garments and concepts that we’re looking to roll out,” she says.

The startup has gained a foothold in the Asia market, thanks largely to organic growth and attending some of the biggest marketing and gaming conferences in the world.

Metaverse Makeovers is also on the verge of signing some big partnerships with online-to-offline manicure networks.

“That will drive our adoption rates,” Baumann says.

“They have 3000 nail technicians in the network with huge potential reach. It has real scalable potential.”

A “world-first” in-app store for the startup has also just launched, providing a purchasing environment to buy the 3D holograms for the nails.

Baumann says all the hard work in China is beginning to pay off.

“Everyone is pretty excited about it,” she says.

“The possibilities are quite limitless.”