MyBudget founder Tammy May named Female Entrepreneur of the Year 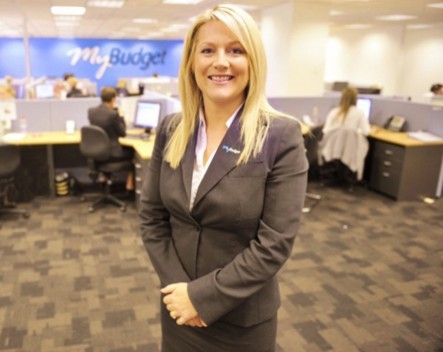 Tammy May says one of the most challenging things about starting her business was dealing with the scepticism she faced from those around her.

Organised by the League of Extraordinary Women, a community-based organisation that aims to connect and encourage female entrepreneurs, the awards were presented at a special lunch event in Melbourne today.

“The business has come a long way in 16 years and I certainly never thought … [I] would be standing her accepting this award. And there were a lot of other people who didn’t think so either,” the founder of MyBudget said.

She said people told her the business model wouldn’t work and no one would pay for someone else to manage their finances.

May said it “certainly was tough at first”.

“I was a 22-year-old girl trying to break into the financial services sector, which is still dominated by men today,” she said.

“On top of that I was going through the process of creating a brand new service category, there were no other businesses like MyBudget and there still isn’t.”

May told the room MyBudget grew by 50% year-on-year during its first 10 years and while the growth has “slowed down a little bit”, the business is “still growing very strongly and strategically by diversifying the clients we help and the services we provide to clients”.

To date, MyBudget has provided services to more than 50,000 clients. The business employs more than 270 people and turns over $34 million a year.

To be eligible for the award, the entrepreneur had to have founded or co-founded a financially successful business that is turning over at least $1 million annually and have been in business for at least three years.

Four other awards were presented today.

The award for Young Female Entrepreneur of the Year was presented to Rachael Waia and Nikki Jurcutz, co-founders of Hero HQ and Tiny Hearts First Aid.

The community award, named in honour of Casey Kinnaird, was presented to Dr Linda Worrall-Carter, the founder of heart health awareness startup, Her Heart.

Stevanja spoke to the attendees at the start of the event about the qualities all successful startups need – to be “scrappy and professional” – and the need for all members of the business community to continue to promote and celebrate female entrepreneurs.