Our Little Foxes: Why changing the business was child’s play for Phoebe Adams 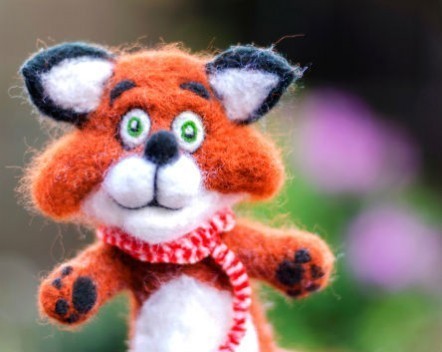 Shortly after launching a startup that aimed to help men buy gifts for women, Phoebe Adams’ team realised there was a problem.

They had no customers and no signs of traction.

“It was one of those epic failures that you just have to learn from and move on,” she says.

After a day-long brainstorming session, Adams and her co-founders Luis Lequerica and Donna Armstrong, came up with the idea for Our Little Foxes, a subscription service aimed at parents of children between two and 10 years old.

A bit of research revealed a US startup, Kiwi Crate was offering a similar product in the Canadian and American markets with some success.

So, Adams and the team decided to investigate if there was a market for such a service in Australia.

They built a landing page, complete with pictures they believed were indicative of what the final product would look like, and started offering $60 half-yearly subscriptions. They quickly signed up 120 customers.

“I’d always wanted to get into subscription commerce, I’ve got a seven-year-old girl and she was the inspiration,” Adams says.

“Our initial plan was to do a Kickstarter to get some money and raise awareness. But I decided there wasn’t a lot of point doing that when we could be getting real customers.

“It was really just a marketing exercise, but once we had those customers we knew we could work on loyalty and build the brand from there.”

Each box is themed and contains up-to eight hands-on craft and activity projects for children to complete.

Five months from launch Our Little Foxes now has over 500 subscribers and has raised seed funding from Renata Cooper’s Forming Circles.

This week it acquired Funky Elephant, another Australian subscription box startup aimed at children between three and seven years old, for an undisclosed fee.

Adams says it was the strength of the Funky Elephant community made it an appealing acquisition.

“They have a very loyal community that has embraced the fact they were joining another big community,” she says.

“We really want to focus on getting Australia and New Zealand right (before expanding), we’re learning so much as we go, so we wanted to make sure we’re tapping strongly into local communities in our own country before investigating new markets.”

A number of other Australian startups including GoodnessMe Box, bellabox, and Her Fashion Box have experienced success using business models popularised by the likes of Birchbox in the United States.

“I think we’re behind America in terms of the penetration of subscription commerce,” Adams says.

“But as someone has run a standard e-commerce business, it’s the most amazing business model. Recurring revenue is the best thing ever. And it enables you to focus on customer retention and making sure you’re getting the product right.”