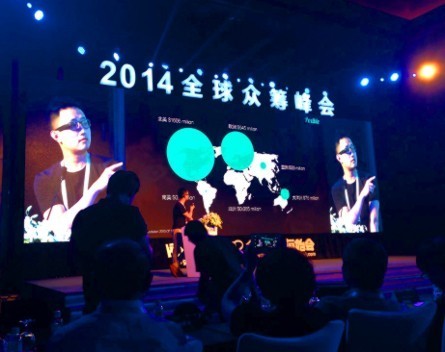 Australian crowdfunding platform Pozible has launched a partnership with IDG Capital Partners and the Shanghai-Nanxiang government to help Australian and international startups get a much-needed leg-up in the Chinese market.

The partnership has resulted in the world’s first ever international matched-funding grant program for crowdfunded technology and innovation.

Any Internet of Things hardware project that registers on Pozible from November 15 through to January will be eligible. In February next year the seven projects that raise the most funds for their campaigns will receive a dollar-for-dollar reward.

In addition to the monetary award, the Shanghai-Nanxiang governments will provide the winners with free Chinese entity setup services, introduce them to potential investors and give them manufacturing and prototype resources.

Co-founder Alan Crabbe told StartupSmart the match-funding initiative will kickstart smart technology and gadgets coming into and out of China.

“Looking into the growth of the internet of things we quick realised this was one of the most exciting industries at the moment where you’re finding all sorts of products that are internet connected,” he says.

“Since then, we’ve seen international projects outside of China pitch to the Chinese market.”

In April, Pozible launched in China, with its first campaigning reaching its crowdfunding goal in a matter of minutes.

Crabbe says he and his co-founder Rick Chen come from two different cultures, and the startup is using that as a strength to tailor products to “two very different markets”.

“We find that relationships in China are critical to the success of going into the Chinese market,” he says.

“We like to see ourselves as a bridge between the east and west specifically for international projects looking to go into that market.”