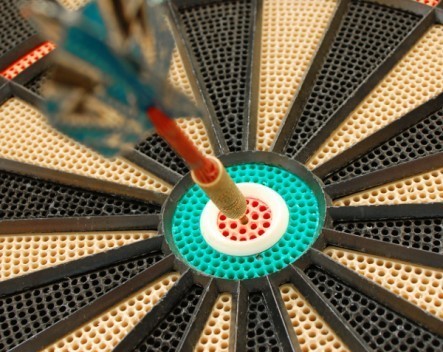 The founder of a New Zealand startup now operating in 14 countries says the secret to his success was focusing on building a world-class product first rather than acquiring customers or bringing in revenue.

Darren Whitaker-Barnett, the founder and CEO of Wellington-based workplace safety software startup WhosOnLocation, says although this goes against many business principles it will help a company thrive in the long run.

“What I decided to deliberately do was to build a world-class product and not actually focus on cash flow,” Whitaker-Barnett says.

“All the business people out there, from Alan Sugar to Donald Trump, will say cash flow is king, and to some degree I agree. But I made a decision that we needed to focus on the product first.

“That worked for us. We know that we’ve got a better product than all of our competitors. We know we lead this space in both innovation and how we deliver our solution to the market.”

WhosOnLocation provides organisations with a digital way to manage the presence of everyone going into and out of the office, as well as offsite locations, used mainly in offices, manufacturing plants and construction sites.

The cloud-based platform moves beyond having to manually sign in and out from a site, but Whitaker-Barnett says it’s the startup’s IP that sets it apart from a host of competitors in this space.

“Where we’re different is that we allow organisations to manage multiple people through a single platform and they can manage through a number of different ways,” he says.

“Our point of difference is we have an API and we can integrate that with a directory or with access control cards.”

The software also allows employees to manually track their whereabouts through an app, alleviating privacy concerns.

“A lot of people are quite scared to be tracked by their employer these days,” Whitaker-Barnett says.

“What we’ve done is empower the employee and given them a tool to do it.”

Due to the deliberate decision to perfect the product before actively seeking out customers, the going was very slow for WhosOnLocation at first.

“In the first six months we had one customer and our revenue was $NZ2000,” Whitaker-Barnett says.

The one customer was a New Zealand government department, and the team spent months changing the product from this feedback.

The next six months saw three more clients come on board.

“Our revenue was $NZ8000 in the first year – it was absolutely pathetic,” Whitaker-Barnett says.

“But we didn’t really mind.”

Because of the focus on developing the product with feedback from the early adopters, Whitaker-Barnett says it was much easier to eventually attract the bigger companies.

“Building a world-class product first meant that when the big players came to look at partnering with us they knew they were getting into bed with the best product in the market,” he says.

“Over the last three years our growth has been absolutely exponential.”

The slow build-up paid off when WhosOnLocation was approached by the Brady Corporation, a large publicly-listed US manufacturer of workplace safety items.

“The ability to focus on having a world-class product paid dividends when we were approached by Brady,” Whitaker-Barnett says.

Whitaker-Barnett made the jump into the startup world from his high-paying corporate job five years ago.

It was while working in this job that he came up with the idea for WhosOnLocation after a fire drill in his building.

“At the end of that test our health and safety manager was answering some rather rigorous questions from the fire service,” Whitaker-Barnett says.

“There were two staff left upstairs, and we’d left the visitor book there. We weren’t able to account for people in the event of an emergency.

“That got me thinking that there must be a better way to account for people during an emergency.”

He spent the next year and a half researching the market and eventually saw a gap.

“Everything out there was woefully lacking in terms of what they were able to do for organisations,” he says.

While the idea of leaving stable employment and starting a tech company was a bit daunting for his family, it was mostly just exciting for Whitaker-Barnett.

“It’s something I’ve always wanted to do for all my life,” he says.

“We’ve got to pinch ourselves sometimes that we’ve managed to do it, and without any major funding in the business.”

Attention turns to customers and revenue

WhosOnLocation closed its first external funding round in April, a series A round of $NZ400,000, and it was again part of the overall strategy to forgo early funding.

“We wanted to build value in our product before we went out looking for money so we didn’t have to give up as much of our business.”

The startup now has people on the ground in Australia, Canada, the UK and the US, and is used in 14 countries worldwide.

But Whitaker-Barnett says this is just the start of the journey. The company has some ambitious goals in place: by 2021 it wants to have $100 million in annual revenue and to be valued at between half a billion and a billion dollars.

“If we do everything right, and we’re on track to do that, we’ll hopefully be another great story to tell,” he says.