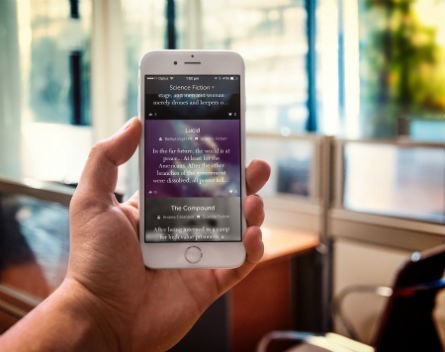 Publishing startup Tablo has launched an iOS and Android app in a bid to help people discover and follow authors on the platform with ease.

The Tablo Reader app, available on both the iTunes and Google Play stores, allows users to browse books by scrolling through opening lines and synopses and swipe at their favourites to read more.

Readers are also able to follow particular authors and see their works being written in the cloud. The aim is to allow writers to build up a fan base in a similar way to how musicians can create a large following on YouTube and then draw the attention of record labels and industry heavyweights.

Ash Davies, founder and chief executive of Tablo, told StartupSmart the new app is a “big step forward” for the startup’s goal of helping authors share stories and connect with readers.

“Authors now have a wonderful place to publish their work and readers have a never-ending library of the best up-and-coming books,” he says.

“We’ve worked hard to create an experience where you can’t judge a book by its cover.”

Davies says the app was developed in response to consumer demand, and he hopes it will mean the next generation of bestselling authors will be discovered on the platform.

“We’ve always had a plan to enter the mobile space, but lately this has been pulled by our users,” he says.

“The demand for a reading app from our users has been very, very high.”

Tablo currently has around 20,000 authors from 130 countries using its platform to publish more than a million words a day.

Davies says he could never have imagined when he first founded the startup in 2012 that it would be this successful. His advice to other entrepreneurs is to focus on their product because if they get the product right, then growth will come naturally.

“The past few months have been extraordinary and not something I would have expected,” he says.

“The thing that’s got Tablo to this stage is focusing relentlessly on our product and focusing on our users. In an early stage company there is a trend for people to focus on their pitch deck, partnerships, pitching and PR – but the thing that’s helped us is aiming to have the best publishing product in the world.”