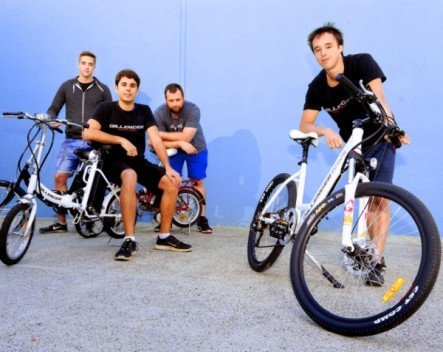 A Gold Coast startup has smashed its crowdfunding target, managing to raise more than $100,000 in 15 days for what it hopes will be the world’s first affordable electric bike.

Sam Sewell, founder of Dillenger Electric Bicycles, told StartupSmart he turned to Kickstarter because it seemed like the best way to promote his new idea.

“You can see a lot of value orientated things that people took to crowdsourcing to get off the ground – not so much traditional products that a company is working on but things that are a little left of centre,” Sewell says.

“This has all the functions o f a normal folding bike but is has the added components that make it electric-assisted. You start pedalling along but the electric motor kicks in and helps you get to a certain kind of speed or helps you get up a hill.”

According to Sewell, the average price for an electric bike in Australia is in excess of $1700. He says his product – which is selling on Kickstarter at the moment in exchange for a pledge of $400 or more – will allow more people to access a healthy and environmentally-friendly way of getting to work or experiencing the outdoors.

“Most people don’t know what an electric bike is in Australia, but they can look at this as a product they could use.”

Sewell says while the ‘maker’ movement in Queensland is relatively small, there is certainly a growing community of people in the state who are using technology and hardware in interesting ways.

“It’s definitely more exciting when it’s more of a physical application or something electronic… rather than looking at the whole thing on the screen,” he says.

“Probably the west coast is a little bit further ahead of us in terms of the percentage of people playing around with this sort of stuff. It is a quite small community [here] but I think the numbers are on the up.”