Redu.us’ journey from AngelCube to Chile, to the top of the App Store 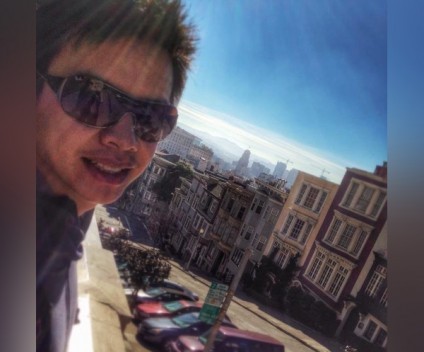 After graduating AngelCube Melbourne-founded educational app, startup Redu.us has taken founder David Truong on a journey from Chile to San Francisco, from San Francisco to Berlin, and from Berlin to the top of the App Store in the Games/Educational category.

Redu.us’ app Newton, an educational app designed to help children with addition and subtraction, landed on the number one spot last month in the Games/Educational category on Apple’s Australian, German, Danish and Russian App Stores.

After leaving AngelCube in 2012, the startup – then known as known as Broccol-e-games – had over 30,000 downloads of its educational apps. That number has since grown to over a million, with its users having played Redu.us games over 10 million times.

The startup received $20,000 in funding from AngelCube in exchange for 10% equity, and a further $40,000 in funding, with no equity attached, from the Startup Chile program. Successful applicants to that program simply need to be based in Chile for at least six months.

Truong says that funding was welcome given the startup received little interest from investors during AngelCube’s visit to the United States.

“After we had visited New York and San Francisco with AngelCube, we found the response from investors, especially in the education sector, was quite lukewarm,” he says.

“It was either due to a lack of understanding at the time, or lack of big educational exits.

“So Chile was a good time for us to regroup, refine our products and refine the company as well. We’re selling games and apps on the App Store. So essentially it’s all digital, digital distribution, digital marketing, everything’s digital so we weren’t tied to a particular location.”

Shortly after that, Truong began work for another AngelCube graduate App.io, while working on Redu.us part-time. During this period he continued to wrestle with the big question for all app developers – monetisation.

“We’ve done a ton of experiments. We probably have more than 20 to 30 products on the App Stores, depending on the language, currency, things like that. Some of the apps are freemium, others are straight paid.

“For us, freemium worked really well. And it’s probably the most reliable income stream over the years. We’re still making sales and money, from the first product we released all these years later. The conversation rate is very high – it’s probably 18 to 19%.”

Truong believes education apps are the exception to the rule when it comes to freemium app conversion rates. The customers for those apps are generally parents and teachers are customers and if they believe an app is valuable, Truong says they’re happy to pay to get the most out of it.

Now-based in Berlin Truong is hoping to get back to working full-time on Redu.us. Strategy has shifted away from the freemium, to upfront paid app purchases, a reaction to some pushback from customers and industry about the ethics of such models.

“We’re finding that works, but you have to spend a lot more on marketing, a lot more to get it into people’s hands. And it also doesn’t have the longevity of the product as well,” he says.

With some big competition, like Disney and Australian startup Half-Brick Studios starting to enter the educational game industry, Truong says he’s keen to keep pushing out more products over the next six to 12 months.

“In the children’s education market it’s hard to see them as competitors, we’re all working towards the same goal. I think we’re competing with games companies like Zynga or (Supercell),” he says.