Revenue is the goal, not raising money: Vero co-founder 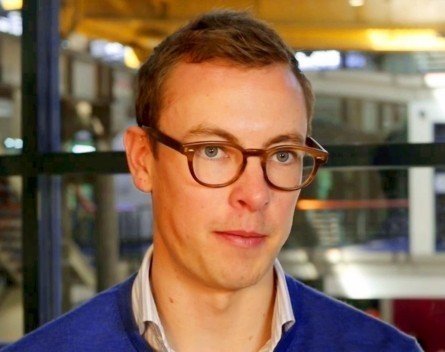 Founders need to stop using investment rounds as benchmarks for success and instead look towards customers and sales, Vero co-founder Chris Hexton says.

While large capital raises are an “amazing achievement”, he says they shouldn’t take attention away from startups that are successfully bootstrapping.

“Typically it’s all about investment rounds,” Hexton says. “They’re something to be celebrated, but it’s harder to raise attention if you’re doing well and not taking investments.”

Email marketing software startup Vero hasn’t taken an investment in its near-three years of existence, apart from a small contribution as part of the Startmate accelerator program.

It grew revenue by 1300% in its first year, and is still enjoying 10% month-on-month growth in terms of customers, on the back of money from the co-founders’ own wallets.

To achieve this sort of growth without looking towards outside investors entrepreneurs have to be realistic above all else, Hexton says.

“It’s a matter of being really pragmatic and making sure people pay for a product they get value from,” he says. “You need to do what’s right for you.”

“It’s still bootstrapped and it’s coming to a point where it’s fully-formed and something people use every day, and pay for it.”

Too many startups are raising money just for the point of it, without any real plans for the future, Hexton says.

“You can be distracted trying to raise money for four or five months, and that definitely slows you down,” he says. “And once you do you might go: ‘holy shit, we actually have a lot to do now’.”

“It’s a hard process, and it should be. It can take your focus away from the business.”

Vero more than doubled its team since the start of last year, and the SaaS startup is enjoying strong sales and continual growth, helping it to build a runway and focus on the company rather than external investors.

This method isn’t for every startup, Hexton says, and there are many different factors that contribute to an ability to rely solely on bootstrapping.

“If you need money early on to pour fuel on the fire, then it’s worth the distraction,” he says.

“When I started I was 23 and didn’t have a family or mortgage so there were very low overheads. That really frees you up.”

“A lot of my friends are in very different positions and in those scenarios it’s a lot harder to bootstrap.”

One of the secrets to Vero’s bootstrapped success has been cost-effective content marketing, which Hexton says his crucial to an early-stage SaaS startup.

“People don’t buy the first version of software just for the software,” he says.

“They’re buying into where this company is going and in someone who is changing the game.”

So now that Vero is an established, fast-growing company, do the founders have any plans to finally look for outside investment?

“We’re obviously in a good place. We think we could raise an investment round now.”

“When we started we didn’t think we had a shot and we thought we could do without it. That was the best thing we could do to build a company that’ll still last in ten or 15 years.”