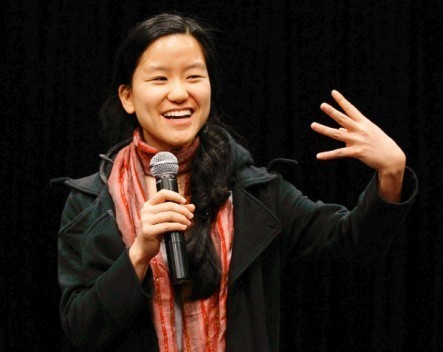 A Melbourne-based startup is working towards developing a robotic arm that will help people with limited upper mobility in their day-to-day tasks.

Named Jeva, the arm can be mounted on the side of a wheelchair, a table or a bench. Using their iPhone or Android device, a person controls the interface by their head movements and selects buttons to move and grip objects. Eye movements are tracked using smart eyewear technology.

The startup behind the offering, 2Mar Robotics, is the brainchild of Marita Cheng, the founder of Robogals and the 2012 recipient of the Young Australian of the Year award. She predicts that robotic arms will be big in the future.

“Robotics is one of the most challenging problems in technology today,” she says.

“There is a lack of intuitively-controlled interfaces. Robots can mimic the environment and have lots of applications. Developing low-cost robots can make them accessible to everyone.”

Cheng says that Jeva will assist people who are quadriplegic, have motor neurone disease, cerebral palsy, and muscular dystrophy, among others. She adds given robotics is still in its infancy, it’s difficult to understand what the market might look like for devices like Jeva.

“I had to actively go out and talk to everyone. I spoke to tens and tens of people, perhaps more than 150 people about the size of the market, funds and so on,” she says.

The startup has received $20,000 from the Melbourne Accelerator Program. They have also been funded and supported by Tech23, the Victorian government, and STC Australia. It is exploring business models but remain tight-lipped about the details.

According to Cheng, a few prototypes have been built and are being put through their paces. She says they are also planning and working on different projects.

“We have been researching and developing Jeva for the past year and a half,” she says.

“We completed our first usability study from February to May 2014 and are now in the midst of the second one, which started in December 2014 and will finish this month. By the end of it, we will have an additional 35 people testing and using the arm.”