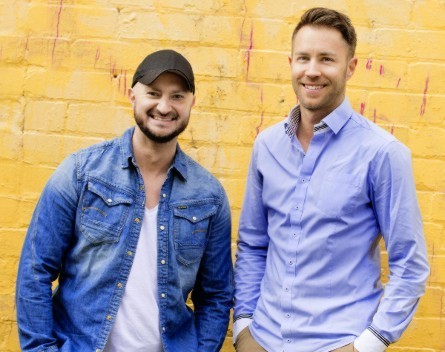 Pop! is an app that enables users to securely store, manage and control their personal data online.

The tech entrepreneurs spotted the gap in the market for the app while working on 1Form.

“It’s interesting how 1Form led into this as people who move house have the issue of who has that information,” Koch told SmartCompany.

“It’s difficult to know who has got what and who do I need to give the information to.”

Koch and Stephens have brought on board some of the same investors as 1Form including Greg Roebuck, founder and chief executive of CarSales, Wal Pisciotta and Steven Kloss.

“They were happy with the way we performed with 1Form so wanted to get on board,” Koch says.

The pair remain the majority shareholders and to date around $4 million has been invested in Pop!

Within the first year Pop! is aiming to obtain a million users of the app.

While the app is free for consumers, the business makes revenue by charging Pop!’s partners.

“We charge businesses when we send them an update to their details,” Koch says.

“Businesses pay us for that as they want to keep their databases up to date and current.”

Koch is unable at this stage to reveal which businesses have partnered with Pop! but says they are set to include Australian household names in banking, retail, government, travel and e-commerce.

Koch and Stephens have based Pop!’s business model on statistics which show that in any year 12% of a population will move house, 39% will change jobs and 33% of their credit cards will expire.

“The revenue doesn’t kick in until we start feeding those updates to companies,” Koch says.

“64% of those million users will have some sort of life event change.”