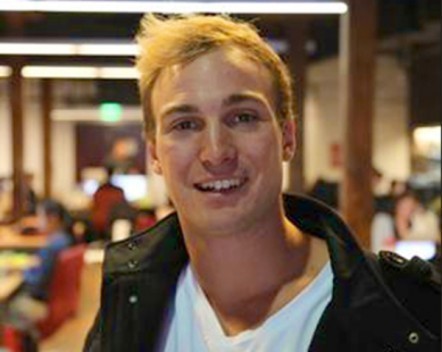 Oliver Du Rieu, the founder of Melbourne-based La Mule, was confronted with the safety concerns all transportation network startups must grapple with when pitching on Channel 10’s Shark Tank.

In the latest episode, Du Rieu sought a $50,000 investment in exchange for 5% equity in startup La Mule, a marketplace where users can find fellow travellers to share the costs of road trips. Drivers can post a start and end point, the number of seats available for the trip, and the price of each seat. Travellers can then book a seat for the ride. La Mule then takes a 15% cut of each booking.

While the Sharks appreciated the concept, they did raise potential safety concerns, one shark, Boost Juice founder Janine Allis was particularly blunt.

It’s an important point, user safety is a problem transportation network startups like Uber have been grappling with. Fellow shark Steve Baxter queried whether or not Du Rieu had any mechanisms built in to address those concerns. According to Du Rieu it relies on reviews, a Facebook and email verification process, hardly a foolproof safety plan.

Eleven UberX drivers have been charged with operating a commercial passenger vehicle without a licence. But Du Rieu says La Mule’s drivers don’t require taxi licences simply because they are a marketplace for people to connect and share the costs of rides, rather than specifically setting out to earn money for giving people lifts.

He left the show without investment, encouraged to look into addressing those safety issues, but with a general endorsement from all the sharks that La Mule is an interesting idea.

Five months has passed since Du Rieu appeared on the show, and in that time it’s grown its network of Facebook followers from 1500 to over 3000 and has on average between 20 and 30 rides per week being facilitated on the platform. Over 100 rides have been organised since Shark Tank aired on Sunday night. Du Rieu has spent much of the past five months working to develop partnerships with businesses that could give La Mule a steady source of ongoing users and revenue, at the urging of Baxter, who has remained in contact with Du Rieu.

“We just need to prove to everyone that people want to use it, rides being posted on the platform and people sharing as many rides as possible. Whether or not that involves partnering up with someone that will help us get regular rides over a long period of time,” Du Rieu says.

“We did about a month of negotiations with investors in January. But we got to a point where we need to build some traction, really prove the concept, just to show that carpooling does work in Australia.”