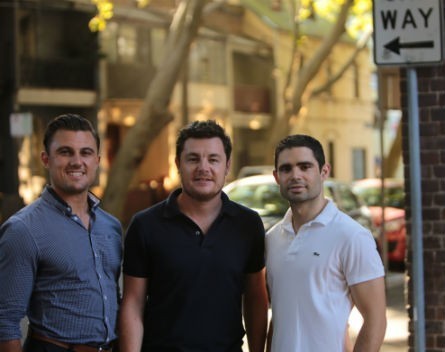 Sherpa, which soft-launched late last year, and raised $500,000 in seed funding in March, delivers products in under two hours to business customers as well as individuals.

It has a network of over 1000 registered ‘sherpas’ – crowd-sourced couriers, and guarantees two hour delivery between the hours of 7am and 9pm, seven days a week. It currently operates within a 20 kilometre radius of the central business districts of Sydney, Brisbane, Adelaide, Perth and Melbourne and is soon to launch in Auckland. Anything that fits in a car can be delivered and pricing is based on distance – with the average cost being between $8 and $15.

Co-founder Ben Nowlan says there’s a real opportunity in Australia for a startup to take control of on-demand deliveries.

“The thing that Australia is really waking up to right now, is what on-demand really means,” he says.

“It’s ‘I want it now’, in two hours or less, and it’s different to same-day delivery. People want their goods really quickly and that’s something that only a business model like Sherpa can achieve. Traditional business models can’t achieve the same elasticity and responsiveness that a crowd-sourced model has.”

In the United States where the on-demand market is more mature, the market is saturated with such startups delivering everything from food, to laundry and office supplies. Among them Alfred, DoorDash, Caviar, SpoonRocket, Munchery and Postmates.

“Australia is just waking up to what this is,” Nowlan says.

Sherpa has grown significantly since February, when it was aiming to hit around 200 deliveries a month. It is now conducting over 2000 deliveries per month, Nowlan says, with customers receiving everything from cakes, to flowers and alcohol. A big part of that growth has been thanks to large national partnerships, although Nowlan won’t say with whom.

“The thing that has been really fascinating for us, we’re getting really excited about, is people use Sherpa for the widest range of things,” Nowlan says.

“But we’ve heavily targeted the enterprise space, because that’s where we have an easier entrance point.”