Sherpa raises $1.2 million but says investors’ networks are where the real value is 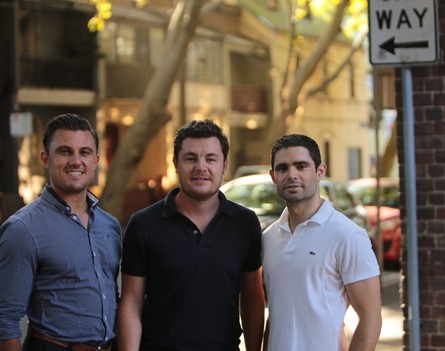 Founders need to make full use of the networks and contacts that investors bring with them rather than just taking the money and running, Sherpa’s Ben Nowlan says.

The on-demand peer-to-peer delivery platform has closed a $1.2 million funding round from private investors including Hotels Combined co-founder Michael Doubinski, and Nolan says the true value of an investment round is the networks it brings with it.

“That network is where the momentum and power of a good investment comes from,” Nowlantells StartupSmart.

“With any investment that you take on you have to leverage that network. The whole point of any investor is they need to help you move through to the next round.”

The investment put a valuation of “between $10-15 million” on the ten-month-old startup.

The capital injection will be used to consolidate the startup’s growth in Australia, where it has completed over 17,000 deliveries in six cities, and to work towards expanding to New Zealand.

Sherpa is also already on the hunt for its next big funding round and Nowlan says the strategic investors already on board are key to this.

“We were very fortunate to get private investment from a couple of key figures who saw what we’ve been doing and what we’ve achieved,” he says.

“You have to ask, ‘how can you help us with the next round?’ and you have to be clear about how long it will last and when to prepare for the next one.

“We’re already preparing for the next one – we’ve started writing investment documents for the next round. You have to always think ahead and think about the burn-rate.”

Funding rounds are always “stressful and intense”, Nowlan says, but it’s important for founders to back themselves.

“You have to knock on a lot of doors and tell your story a hundred times over,” he says.

“You have to be prepared to feel a bit exposed and vulnerable but you need to be confident in your product and you have to sell that confidence.

“If you’ve got a good product and you’re clear at articulating the value proposition and problems you’re solving then that’s a good start.”

Along with the expansions within Australia and across the Tasman, the startup will also be introducing a range of new services, he says.

“We’ve already got a road map of really cool products to release next year – that’s really what Sherpa will be about,” Nowlan says.