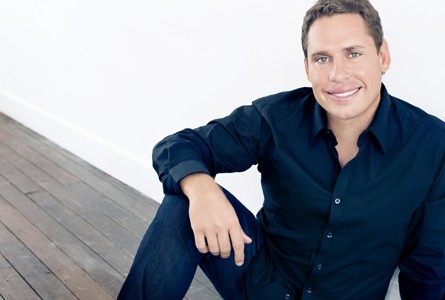 It was grief and a moment of tragedy that sparked Sydney entrepreneur Matt Catling’s journey to success and a multi-million dollar startup.

Now a powerful motivational speaker and founding director of Your Future Now with the tenacity to start and grow new businesses, Catling tells StartupSmart he hasn’t always been this way.

In his childhood, Catling had a number of learning difficulties and competency issues.

This drove his father to take him to neuro-linguistic programming classes.

“With normal education, I kind of switched off and was in a daydream but this was really powerful.

“Even though I tried to make it look like I wasn’t enjoying it, I was really enjoying it,” he says.

But shortly after, tragedy hit.

On Father’s Day, at the age of 13, Catling and his father had an argument during a family jog and the two decided to make amends by racing each other home.

His father never completed it.

On the run home, his father had suffered a fatal heart attack.

Because of the fight they had before the incident, Catling felt immense guilt and entered a dark tunnel of depression.

That’s when he found himself in his father’s office, which had been out-of-bounds while he was alive.

“He called it the Library of Life,” Catling says.

While exploring the room filled with books on life lessons and self-development, Catling accidentally knocked over his father’s briefcase and out of it, a page fell out.

It read: “If my son was to speak at my funeral, I would want him to know that even though I wasn’t there a lot of the time, I loved him.”

The note switched on a light in Catling and he remembered his father telling him “the key to life is to live it now”.

After reading all the books in the Library of Life, he commenced a new journey that led him down a successful career in entrepreneurship and life-coaching.

Drawing from his journey, Catling offers a six-point strategy for entrepreneurs to stay on track.

Build certainty from within

When you launch into a new business, Catling says the safety net of a stable job is lost.

“You don’t have that injection of the wage,” he says.

He says this is where entrepreneurs need to start building a new sense of certainty from within themselves.

As the business starts to scale and you start growing your team, Catling says being able to trust becomes the next challenge.

He says this is where you need to let go and start trusting people with helping you grow what you started.

“Typically, the first people you attract are the wrong people,” he says.

“But they will teach you what you need.”

Sharing your value and building rapport with networks is a crucial step.

“Be able to communicate your passion,” he says.

Part of this process, Catling says, is listening to customers for feedback to improve and fine-tune the value you can offer them.

There’s no point in building the best website in the world if you don’t know how to sell it, Catling says.

Taking the time to research your target market and really listen to their needs will determine whether or not you deliver something of value, he says.

The biggest businesses in the world have large databases and high levels of engagement.

Whether or not your startup is tech-based, Catling says entrepreneurs should take it upon themselves to develop digital literacy.

“You need to understand it and put some focus in it to leverage your message,” he says.

Catling’s biggest piece of advice to entrepreneurs is keeping track of referrals.

“I measure my business based on referrals when I’m developing products, programs, packages,” he says.

“It tells me I’m doing something right – the market is telling me.”