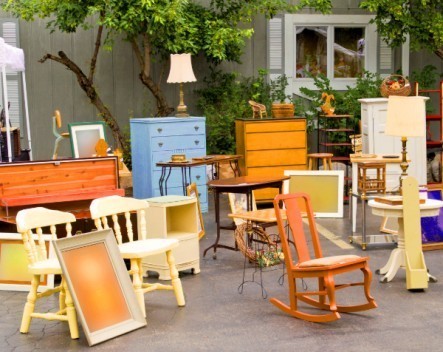 A Sydney-based startup is looking help Australians swap unwanted possessions with people in their neighbourhood.

Swappy, a free app available on both iOS and Android devices, hopes to make it easier for Australians to trade items such as clothes, collectibles and electronics without having to place bids or collect money.

Co-founder Fabio Caragliano told StartupSmart he came up with the idea for the startup after moving to Sydney and finding himself with possessions he no longer needed.

“I came from Italy to Australia last March and had a lot of items I didn’t want anymore,” he says.

“So I had the idea to make something that would make it easier for people to use than a website – that’s why I thought about an app. The process is very easy because you simply like or dislike someone else’s items.”

Users upload a photo and description of the item they are willing to trade with someone – as well as a price range so that there is a way to measure whether things are of a similar value. From there users like or dislike items and, should another person reciprocate with a like, the two can strike up a conversation and negotiate a trade.

“I have my guitar here and don’t want to play it anymore, so I can swap it for something in a similar price range. We don’t want to regulate where people can go [and whether the person they trade with is overseas], but we want to focus on a direct swap so they can meet straight away and everything can be really easy and fast.”

Caragliano paired up with two app developers in Sydney as well as a third co-founder in Italy who is helping to market the product in countries beyond Australia. Since its launch two weeks ago the app has been downloaded more than 6000 times.

While Caragliano acknowledges the startup faces competition from similar apps, he says the user base is growing each day and he is beginning to see higher-end listings on the app such as cars, boats and electronics.

“Competition does exist in the marketplace with apps based on similar concepts. However, Swappy focuses on a reciprocal swap of everyday items and can be used by anyone,” he says.

“Today everyone is operating in the digital space and so a simplistic concept such as this just adds to the convenience we get from technology.”