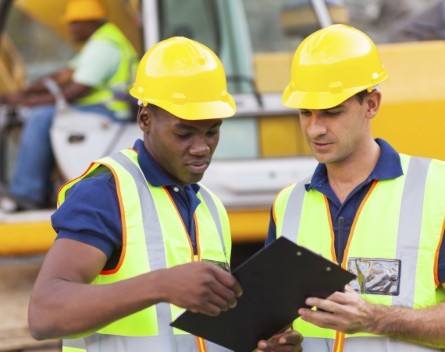 Sydney-based startup Conx has developed a job networking platform specifically aimed at the construction industries, in an attempt to address skill shortages in the sector.

Australia is no stranger to employment startups, with AirTasker (temp jobs), Freelancer (IT jobs), Dippla (hospitality) all targeting various sectors.

Conx differentiates itself by targeting only jobs in the construction industry.

Employers can sign up, create a project and then an SMS and email is sent out to all the tradespeople that match that criteria.

Co-founder Annie Slattery says prospective employees don’t have to worry about getting spammed constantly with jobs that don’t suit them.

“It’s very construction specific, we ask them for their driver’s licence, transport method, tools, their insurances and trade licences,” she says.

“We know exactly what they need. If you want an electrician, the message isn’t going to go to a carpenter.”

Once the employer has created a project, they’re shown a list of applicants, which they narrow down even further to a shortlist of favourites. Those favourites will be notified and the first to accept gets the job.

“They don’t care about CVs, previous hobbies, interests, or things like that,” Slattery says with a laugh.

Conx is trying to solve a skills shortage in the industry by making it easier for employers to connect with potential employees.

“There’s a massive skills shortage in Australia in construction and it’s mostly due to inefficiencies in how they connect, because they still go for traditional word of mouth,” she says.

“One of my co-founders is a tradie and we know first-hand how they operate.

“Tradies don’t use Seek, they use Gumtree and it is an inefficient medium, so we’ve built this specifically to target them.”

“GetTradies was like we saw this instant problem and we built that to see if we could solve it,” Slattery says.

“We built it with a basic WordPress site and the technology was basic, but it didn’t take long to see that we were trying to solve a massive problem, Australia-wide, industry-wide.

“So we’ve built Conx with scalable technologies and with a much bigger vision now. So we can actually grow really fast.”